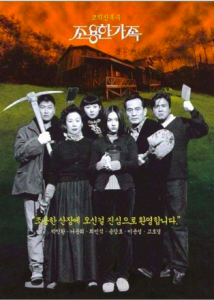 Kim Jee-Woon’s directorial debut is a strong film, helped by strong writing and a star-studded cast

“You should be used to weird, the way this family behaves.”

It’s fun to watch the debut features of well-known directors: for every Duel, Following or Being John Malkovich we have Piranha II, or an Alien3, (depending on who you ask American Beauty fits in either), and compare them to the films they make today. How o they hold up? Do they still have the same flavour and style we’ve come to expect, or has the director changed radically from there? Wong Kar-Wai remains very recognisable even in As Tears Go By, while A Man’s Flower Road is a bit of a far cry from Sion Sono’s later films.

Kim Jee-woon, as a director, has dabbled in many different styles: from psychological horror (A Tale of Two Sisters), to crime drama (A Bittersweet Life), to epic action comedies (The Good, The Bad and The Weird), so it’s a bit harder to recognise any of his trademarks in his 1999 debut The Quiet Family, but that doesn’t mean they’re not there. 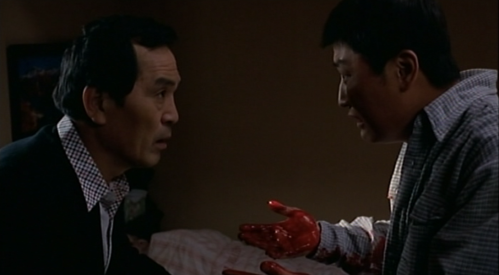 The Kangs are a multi-generation family who have all moved into a large house in the mountains of turning it into a successful hotel. The family consists of patriarch Dae-goo (Park In-hwan), his wife Soon-rye (Na Moon-hee), his brother Chang-goo (Choi Min-sik), and their adult children Young-min (Song Kang-ho), Mi-soo (Lee Yoon-seong) and Mina (Go h-kyung). With the promise of a large road being built through, making their house the best spot for travellers, the hotel is off to a slow start.
When a traveller finally arrives, the family doesn’t have much time to celebrate the newfound clientele, as he promptly kills himself. Not wanting the bad publicity, the family decide to bury the body out back. More problems arise in the form of a nosey cop, an increasing amount of bodies in bedrooms, and an assassination plot gone wrong. 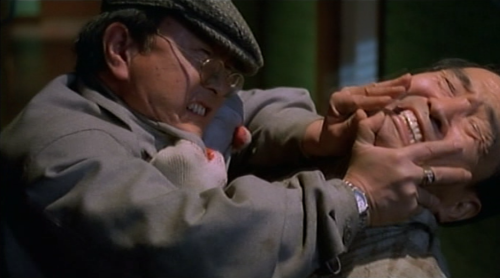 If this all sounds familiar, it’s probably because it was loosely remade by Takashi Miike as The Happiness of the Katakuris, which has enjoyed a success in the West. However, where the latter film is an exercise in bombastic scenes and farcical musical numbers, Kim takes more time to develop the characters, and devotes a good portion of the film in showing us how this family works as a unit, and what their relationships with each other is like.

Stern parents Dae-goo and Soon-rye keep the plot moving along, fearing that news of the deaths getting out driving them to extreme measures, while comedy is provided by uncle Chang-goo and older brother Young-sin, who are notable not only in their character but in the actors who play them. In a role that will be far removed from characters in his later, more well-known roles in Oldboy and I Saw The Devil, Choi Min-sik plays a lazy, laid-back uncle who gets along more with the children than he does his own brother. Future superstar Song Kang-ho plays the brother in a style that will be familiar to anyone who has seen in other roles; he’s dopey but immensely likeable. In fact, the whole cast gets along quite well together, and there’s a natural chemistry there that never makes you question their bond as a family. The family being there to support one another is strongest prevailing theme, so it helps to have a cast that works well with each other and genuinely feels like a real family. 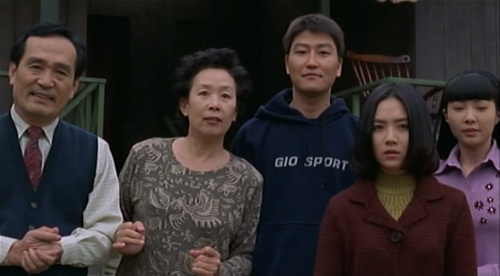 The script is tight, and funny. There’s no extraneous material, although due to its nature it can veer into the ridiculous. There is an assassination subplot near the end that’s pretty convoluted and a little bit out of left-field, but by this point, the film has proven itself to us and you go along on the ride because the payoff will be worth it. Thing is, even when it is a bit dumb, it’s all downplayed. The Quiet Family is subtle in its comedy; it doesn’t go for huge, outlandish laughs, more going on everyday humour, relying on the cast to make it funny. It works. The result is a story that, with the black comedy of the dying guests removed, would still be highly enjoyable to sit through.

Already, in his first film, Kim Jee-woon proves he has a strong grasp of visual narrative. There are glimmers of a style we’ll later see in films like A Tale of Two Sisters, the use of colour and the style of wallpaper in the house tells a story in and of itself. It’s a stretch to call this very artsy, but the style is unmistakeably Kim’s. He uses the lighthearted tone of the movie to play with our expectations, utilising the dark humour of the script to its full advantage. 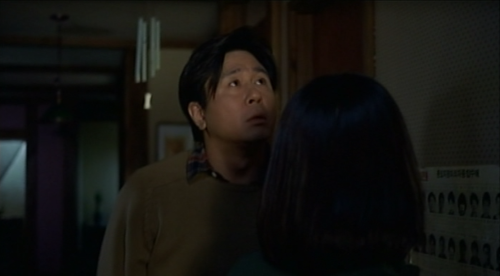 The end result is a movie that probably won’t be considered for breaking any new ground, but nevertheless succeeds in everything it tried to do. The blend of script, cast and great direction from a first-timer ends with The Quiet Family being great fun to watch from beginning to end.

Verdict: Never taking itself too seriously, the combination of cast, writing and direction makes for a very entertaining 100 minutes. 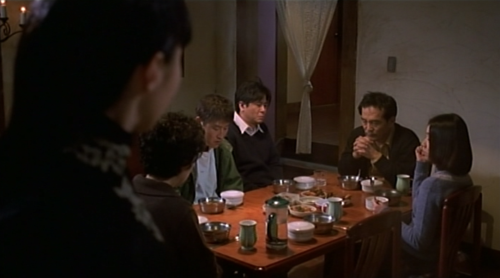