Stupid is as stupid does in this sweet, unassuming comedy

“Learn from your son, Eitaro, life’s more fun when you’re an idiot.”

In Tokyo, three people reaching thirty are wondering what to do with their lives. Teruo (Yoshiyoshi Arakawa) is an idle dreamer whose obsession with horror films drives him to want to make his own haunted house one day. He lives with his father Eitaro, (Keizo Kanie), a chronically depressed man who wishes to see more of Japan but instead chooses to stay and run his second hand bookshop. Hisanobu (Yoshinori Okada) is Teruo’s friend and a manager of a cleaning company working at a local hospital, whose nice guy persona prevents him from talking to the women he likes, and Akari (Yoshino Kimura) is an awkward but kind woman who applies for a job with Hisanobu, and spends her time painting homeless people.

Hisanobu instantly falls for her but when Akari loses her job, and takes one working at the bookstore, Teruo also becomes infatuated with her. However, when another young man (Naoki Tanaka) arrives on the scene, tensions are put between the two friends.

To begin with, it’s worth noting how easy-going and overall cheerful Fine, Totally Fine is. It’s a feel-good, charming film that has a very laid-back pace, so it plods along at its own speed, never needing to hurry any scene along. It picks up and lets scenes go sometimes at seemingly random times, cutting before it would otherwise end in another picture. In fact, these cuts work as a sort of economical storytelling device. A character leaves the scene, and another character makes it apparent she wants him to stay, so it immediately cuts to the first character now back in the person’s apartment. Normally there would be several extra seconds showing this dialogue but the clever use of cuts means that the film can move at this pace without feeling like it does and boring the audience.

It is interspersed with moments of outrageous comedy, which come out of nowhere to punctuate quiet scenes. The most memorable moment is when Teruo, wanting to see a real ghost, sits in a supposedly haunted apartment. When the picture he stuck on the wall falls down, he freaks out and starts pelting salt at it, screaming for the Buddha to save him. Then he opens the cupboard and finds an old homeless man, who just looks at him and says the word ‘ghost’, causing Teruo to run out of the building terrified. It’s a fun, frenetic scene that gets a tonne of laughs because the movie as a whole is so quiet and casual. These scenes help wake up any dozing audience members and happen several times throughout. Director Yosuke Fujita has a keen sense of timing and uses it to his advantage here.

The actors work their roles excellently. Granted, the roles don’t necessarily demand all that much from the cast but nevertheless the intricacies of their characters are put on display wonderfully, with everyone trying their best to perform with eccentricity and subtlety. Yoshino Kimura stands out as the introverted Akari making her withdrawn, quiet but also endearing, which is a tricky manoeuvre for an actor to pull off. Yoshiyoshi Arakawa plays a good dummy, and Yoshinori Okada is immensely likeable as the shy but kind Hisanobu/ There’s a subdued chemistry between everyone that goes nicely with the overall feel of the film, and keeps the show interesting – if only by how everyone bounces off one another. 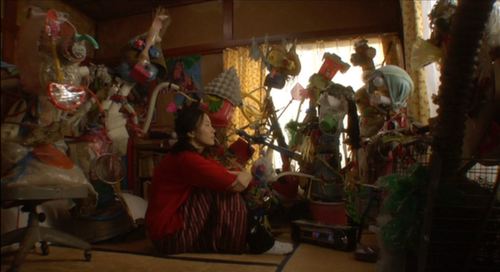 It’s not to say this film isn’t without its flaws. There is a level of anticlimax here that could be a bit frustrating to some viewers, but t others this could easily resemble the lack of answers in life. It’s no secret that none of these characters know where they want to be, or what they want to do and while some find answers and happy endings, some just keep looking. It can get a bit abstract and odd, depending on your tolerance for this mumblecore-style stuff. It’s either your kind of film or it isn’t. 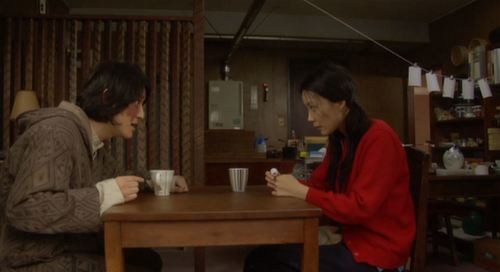 However, with its easy-going soundtrack and pleasant visuals, Fine, Totally Fine eases you in to a pretty chilled out hour and a half. It leads you into the lives of three very similar but very different people as they try to understand what they’re supposed to do with the rest of their lives and keeps you drawn in with its bursts of humour, affable cast and generally pleasant tone.

Verdict: Fine, Totally Fine is exactly that: totally fine, if you’re fine with this sort of thing. 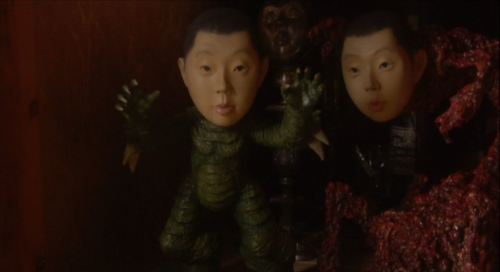