Malene Choi’s hybrid debut feature looks at the difference between homeland and home.

“They do not keep the information.”

The Return screened in the UK as the final entry in the London Korean Film Festival and makes for an interesting closing movie. Part drama, part documentary it follows two Danish-Korean adoptees, Karoline (Karoline Sofie Lee) and Thomas (Thomas Hwan), who meet in a hostel designed for Korean-born foreign adoptees in Soeul. Both are looking for their birth parents but while Thomas has been before, Karoline is completely lost, with little idea of where to go. Throughout, neither Thomas nor Karoline feel at home, in the country that runs through their veins.

Karoline’s confusion is justified here. She’s in a foreign country, chasing a lead through a system she doesn’t understand and communicating with people who speak a whole other language to her. And the film does a great job of making the audience feel it too: we’re given little information about the adoption process, and subtitles only appear when Karoline and Thomas speak Danish to each other. Stuck as they are without support, the two leads find bonds and solace in each other and the other adoptees they befriend, as does the audience finding it in these moments. 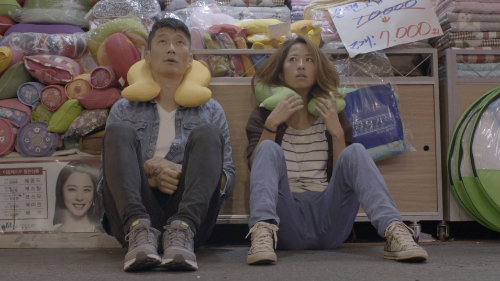 The Return splits between scripted moments and honest interviews with other adoptees, who share their own views of what it’s like to be a foreigner rediscovering their roots and connecting with the people who left them for adoption so long ago. The film could have been rewritten and shot with actors all the way through, but the cinéma vérité style of filmmaking at play makes The Return feel more honest, and human. The moments blend together nicely, never feeling out of place. Throughout the movie, director Malene Choi never reveals that Karoline Sofie Lee is an actor, instead letting the adoptees and the people at the Holt Children’s Services react in as natural a fashion as possible.

But The Return isn’t deceitful. Lee herself is an adoptee, and feels many of the same emotions as her character does. While her situation might not be exactly the same, Karoline (the character) is imbued with the experiences both Lee and director Choi have experienced. This is why Holt is seen as something of an incompetent service: Choi isn’t trying to disparage the organisation, but is conveying the frustrations she herself felt as a system that can clearly be improved.  The end result is something that never really feels like either a work of fiction or otherwise. The realism is there in full force, but it still has the nuance and structure of something created, and written. 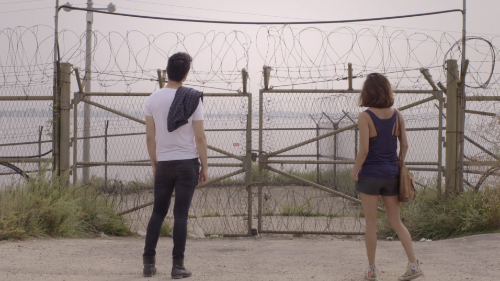 The blend of filmmaking styles as well as interesting editing and soundtrack choices makes for a unique viewing experience that never feels in-your-face or obnoxious.  There’s not a tonne to say, really, considering it clocks in at just over 80 minutes. Could it have done in being longer? Maybe. Karoline’s story is never really resolved, but I suppose that’s sort of the point. We don’t get any real resolutions from any of the players. Some fall in love with Korea immediately, and others just can’t acclimate themselves to it. As for Karoline and Thomas? Thomas seems to have a plan, but Karoline feels just as lost as she was at the beginning, wading through the mud in a scene that bookends the film. Sometimes the answers aren’t there so readily, sometimes you have to push through bureaucratic red tape, and other times you just have to keep on trudging through the unknown.

Verdict: The Return perfectly encapsulates what it feels to be a foreigner in your own country of origin.