Miike trades gruesome violence with quiet contemplation in the second film of the trilogy.

Takashi Miike’s Dead or Alive: Hanzaisha was certainly interesting. It billed itself as a high-octane thriller filled with drugs, sex, shoot-outs and some mind-blowing moments of madness. And it delivered … sort of. While certainly entertaining in its opening number and final showdown, Hanzaisha fell flat a bit with its second act, just sort of meandering and doing nothing particularly exciting. With its spiritual sequel – Birds (or Fugitives in the original Japanese) – Miike took the meandering route on purpose, and created a strange, often sweet little drama. 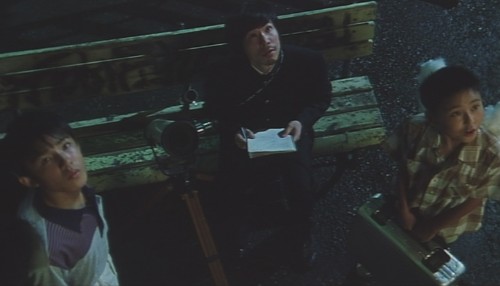 Easily the most coherent film in the Dead or Alive trilogy, Birds has a very straightforward story, which can be credited to screenwriter Masa Nakamura, whose plot is simple enough that Miike can sort of do whatever he wants visually without the narrative suffering too much. In it, Sho Aikawa plays Mizuki, a hitman tasked by a small crime organisation to assassinate members of the larger yakuza and triad families in order to start a war. As Mizuki sets up his shot, another guy (Riki Takeuchi) appears out of nowhere and does the job for him.

Mizuki believes he recognises this shooter as his childhood friend Sawada, who grew up with him in the same orphanage, in a tiny island community. With Mizuki’s patron (Shinya Tsukamoto) asking for his money back, Mizuki says he’s spent it all already and, sensing trouble brewing, goes off to the island and the orphanage to hide out.  There, he discovers Sawada has also fled and the two reconnect, along with their childhood friend Kohei (Kenichi Endo), and as the two unwind and find themselves, they begin to understand why they do the job they do, and what really matters.

It occurs to me that this film shares a lot with Takeshi Kitano’s Sonatine, where men hide out in the countryside while evading an incoming yakuza threat. Both films are quiet dramas that reflect on the main characters and their complex morality, sandwiched in between scenes of gangster excess. But where Kitano seems to have a knack for this type of slow, thoughtful storytelling, Miike often gives the impression that he’s just emulating it. It doesn’t quite as naturally to him to not have something absurd happen. And so it can’t go twenty minutes without some sort of violence or dark (often quite funny) moment but in Birds it’s all kept rather low key.

Miike is dialing it way back here – although not quite as far as he did two years prior with The Bird People in China, but for a film titled Dead or Alive, it’s a hell of a lot more peaceful than you’d imagine. Hell, this is a film that manages to make Riki Takeuchi emote, and not with his typical growly, wide-eyed mania either. Shot during Miike’s insanely prolific early-2000s period, Birds is one of his least experimental films (but still absolutely rammed with bizarre shots and strange edits) but also one of his most visually mature; at least for the time period. The way he cuts between Mizuki and Sawada during certain moments really helps sell their connection early in the film, before they event meet. It’s shot with a warm,  yellow tint which really helps sell the nostalgic element. It’s hard to explain, but the island scenes feel really friendly in comparison to the grim scenes of Tokyo.

Where it fails is how Miike doesn’t do a great job of establishing the way the island is structured, or how big the community is. One moment it seems completely empty, and another the orphanage is full and they have a full house to go see their silly play. It’s not a very well structured movie, admittedly, and often it’s tricky to tell what role each village member plays within the community, but it doesn’t really matter to the story all that much, so it’s hardly worth mentioning.

The comedy is actually pretty good, with some really good laughs to be had.  Miike uses his weird editing style well here, cutting from moments of brutal gang violence to scenes of Mizuki as a Kappa (a weird call-forward to The Great Yokai War, weirdly) with a robotic arm. A children’s theatre troupe arrives on the island and immediately crashes. Everything’s clearly very silly. It’s hard to tell, though, whether or not it’s meant to be taken seriously at all or not. The tonal whiplash, while very much in Miike’s style, makes it hard to really connect in a meaningful way to the story

So Birds is a mixed bag. It’s undeniably the most mature, and well-made of the trilogy and it’s a very accessible film for those who aren’t 100% adjusted to the director’s eclectic filmography. It’s not quite focused enough to be considered a really great film, and it hits a lot of predictable beats, but it has enough of his typical what-the-fuckery and innate charm that you’ll be more willing to forgive its faults. 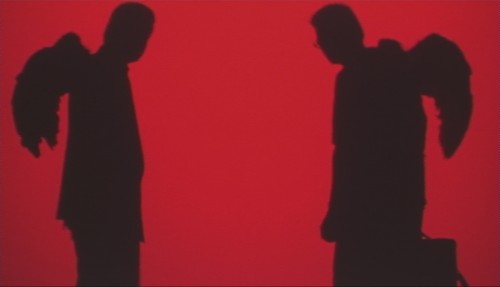