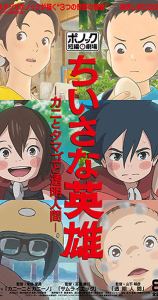 Studio Ponoc shows us what it has to offer with this hour-long trio of short films.

Studio Ponoc first came to attention with their debut feature film Mary and the Witch’s Flower, directed by Hiromasa Yonebayashi of When Marnie Was There acclaim. In the light of Ghibli’s restructuring and Miyazaki’s supposed retirement many of the studio’s artists, including Yonebayashi himself, went their own way, birthing Ponoc along the way. It’s a move commonly seen in the animation world, one that reminded me a little of Jeffrey Katzenberg’s departure from Disney to form Dreamworks, except on much nicer terms.

Japan is home to a vast number of animation studios of all kinds, so it was important for Ponoc to hit the ground running. Thankfully, Mary and the Witch’s Flower turned out to be quite the success, and has helped the studio grow. I haven’t seen Mary yet, but what I have witnessed Yonebayashi (and by extension, his former studio)’s style is all over it, almost as if reassuring fans that Ghibli-quality movies weren’t going to stop any time soon. But a studio has to stand on its own two feet, and so Ponoc gives us a Pixar-style showcase of the sort of thing we can expect from them in the future. 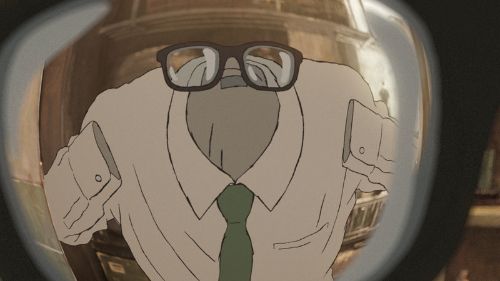 Supposedly the first in a series of short film compilations, Modest Heroes gives us three very distinct animated shorts from three directors and in exciting fashion, they’re all very much their own story told in their own style. The first is called Kanini & Kanino, about two young crab-like sprites living in a stream whose father is looking after them. Their mother is off somewhere else to give birth, and when tragedy strikes and their father goes missing, the two siblings set off to try to find him. 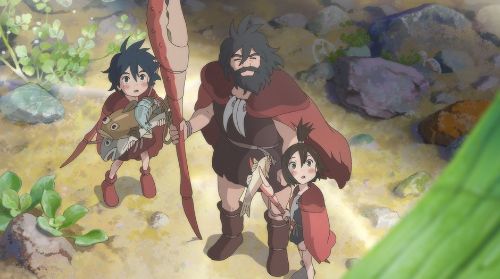 Of the three, this might be the most traditionally Ghibli, coming from Yonebayashi himself. His previous studio’s style is a strong part of his work and while that isn’t a bad thing it doesn’t do a lot to let Ponoc stand out. It’s a good story, and its artistic merits are – as always – right up there, but you’ll also get a sense of déjà vu when watching it. The tried and true method, of course, works very well and it has enough of its own identity for it to not feel entirely derivative (such as the lack of any comprehensible dialogue), but the echoes to Arrietty and other films of its ilk just a tad much.

The second short, Life Ain’t Gonna Lose, is a much more down-to-earth story about a young boy named Shun whose lethal allergy to eggs has caused trouble for both him and his mother, who appears to be caring for him all on her own while trying to maintain a career. Here, Yoshiyuki Momose – who will later go on to direct the Ni No Kuni adaptation – hones in on realistic animation, warm colours and a generally softer visual style. If the first short was to prove their prowess in the fantasy adventure genre, this one proves that they have a deft hand in making low-key, personal stories. And for what it’s worth, it’s a pretty great little short.

Lastly, there’s my favourite of the bunch. The Invisible Man is something completely different, both visually and thematically. It’s the sort of thing I was most keen to see going into this production. The story deals with a man who is completely invisible to the world around him, both figuratively and literally. He is so ignored by the people he works and interacts with that it begins to affect him physically: he is not only invisible, but begins to lose corporealness, until he starts fling away. However, things start to change when he meets an old man who seems to be able to see him. 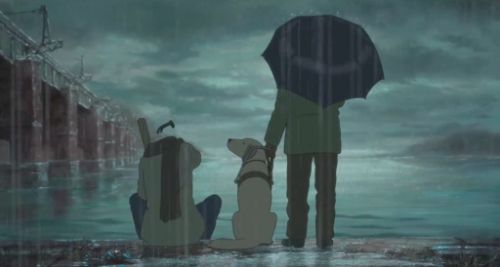 This one is vastly different to the other two, and it’s great to see the studio experimenting with different styles the way Isao Takahata did with movies like My Neighbours the Yamadas and The Tale of Princess Kaguya.  The story is novel, and dark in a way Ghibli never is, and the visual style is sketchy and rough, reflecting what the main character is going through. By the time the collection gets to this short, it’s eased you into its world – first by emulating the great studio that came before it, before eventually giving you something wholly different. It’s this changing style and shift in tone that promises a wave of new talent, and makes Ponoc a studio worth keeping an eye on, and one to possibly contend with the juggernauts like CoMix Wave.

The animation is gorgeous in all three shorts, but shines in The Invisible Man, with wonderful work going into making the man feel like his permanence and weight is constantly shifting, right up until he starts to soar and does everything he can to not just disappear into space. With the work of three very distinct and very talented people (along with the army of animators it took to make), Modest Heroes is just a fun little trilogy of short stories, none more than 20 minutes each. If you’re looking for some fresh animation, and a good way to spend an hour, this is a perfect little showreel.

Verdict: Ponoc comes out swinging with three films made with passion, expertise and a strong creative flair, and I can’t wait to see what’s next. 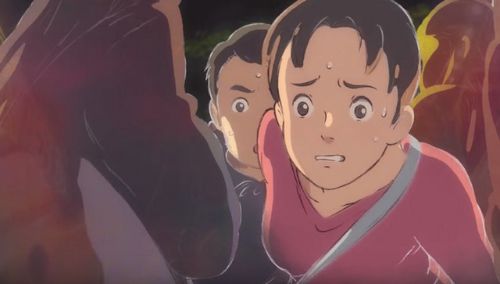