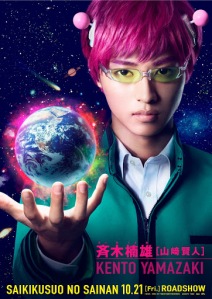 Saiki Kusuo’s live-action film is just like his life: an absolute disaster.

I have something of complicated relationship with live-action adaptations of anime and manga series. While I appreciate the level of dedication to the source material not often seen in the West (at least until recently), that doesn’t always make for the best page-to-screen adaptations. They’re often quite difficult to judge for that reason, which is why I tend to wait until I’ve consumed at least some of the source material before diving in. For those who don’t know, The Disastrous Life of Saiki K is a gag manga series written and illustrated by Shuichi Aso. The animated series is currently on Netflix, and the combination of meta commentary, fast-paced jokes and complete disregard for any sort of serialised storytelling makes it one of my favourite shows to just put on as a distraction. 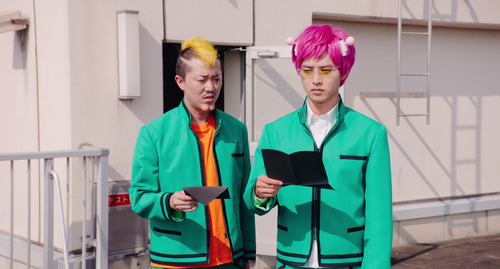 The titular character is Kusuo Saiki (played by Kento Yamazaki in this movie), a high-school boy with incredibly powerful psychic abilities. Think Lucy just before she becomes god. However, he considers his powers a nuisance, being unable to live a peaceful life without hearing everyone’s thoughts all the time. He just wants to be left alone, but is always bothered by his weird high-school friends: the idiot Nendo (Hirofumi Arai), who is so stupid Saiki can’t read his mind; Kaido (Ryo Yoshizawa) who believes he’s an action shonen protagonist fighting an evil organisation called Dark Reunion; former thug Aren (Kento Kaku) who’s trying to turn a new lead; and Teruhashi (Kanna Hashimoto), the most popular girl in school and likely the world, who falls in love with Saiki as he’s the only person she’s ever met who doesn’t fawn over her.

The manga deals with short, slice-of-life stories which normally involve Kusuo trying to hide his powers in some way or another. The movie combines a few of the stories from the early chapters in order to make one coherent narrative. This one is focused on a school festival happening, and all the shenanigans that naturally surround this sort of event when everyone is either crazy or a super-powered psychic. The problem is that in a three-act film the fast-paced short-form storytelling of the show and manga doesn’t translate well at all. I think a story not directly lifted from the series would have benefited the movie more. Instead we have the main cast all just sort of in their own little plots. No one interacts all that much. And yes it’s all shown to be part of some larger plot near the end but it doesn’t change the fact that frankly I’d have preferred to see the gang all hang out instead. 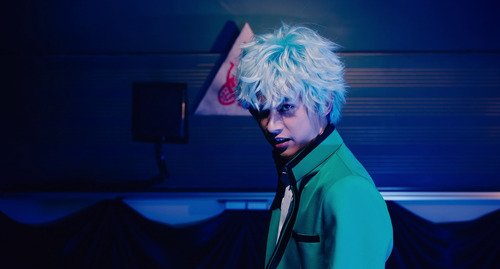 Before I get into what I didn’t like, let’s talk about what I appreciated. The costume design and makeup is all fantastic, which is par for the course for most of Japan’s comic book adaptations (although good luck identifying anybody from the Attack on Titan film). Of course this comes at the risk of everything looking extremely fake but I’ve never considered that a huge issue. It’s a spectrum that ends with the massively dull and “realistic” black outfits of Bryan Singer’s X-Men movies, and frankly I’d much rather my movie be filled with people who look like particularly good cosplayers than that. With the exception of Teruhashi, whose blue hair is replaced by barely-noticeable navy stripes (and who’s missing her signature yellow glow and theme music) there’s no way anyone familiar with the source material can’t immediately identify who’s who.

And when it tries to be something original, it succeeds more than it fails. The original plots are more fun than the rehashed manga stories (all of which can be binged on Netflix), because they offer something of a connected story. Had the movie gone all out and just done one story instead of trying to emulate the show and manga’s bite-sized plots it might have been a more pleasant experience. But as it is, The Disastrous Life of Saiki K is a perfect example of how not everything can be adapted into a movie – something producers of video game movies should really take not of. Because sure, while The Disastrous Life of Saiki K anime can be binged (and it’s too much of a joy not to), its five-minute segments mean that audiences can just pop one on and enjoy some energetic nonsense punctuated by a dopey punchline, without getting invested.

The movie completely ignores this by splicing each story within the others. If you’re telling a joke, it’s generally considered better manners to finish one before moving onto another. The Disastrous Life of Saiki K’s movie instead starts by telling us a knock-knock joke but then interrupts itself by asking us why the chicken crossed the road. This slows down what should be a rapid-fire series of gags, and the movie’s complete lack of energy certainly doesn’t help – and it is remarkably low-energy. I understand why – they’re live action humans and are limited by the speed of their frail carbon shells. But a lot of this can be circumnavigated with out-there camera angles, quick-cuts and other tricks, but everything moves so damn slowly it’s frustrating. 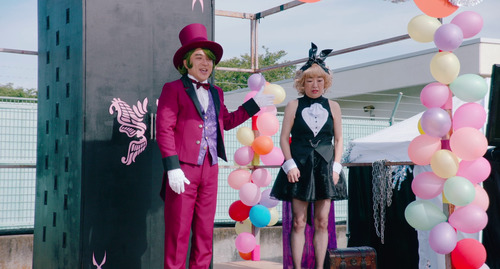 Whenever it does a cutaway gag or something of the like (its opening credits are about as close to replicating the show as it gets), that’s when it boasts the sort of movie it could be. But it’s rare. Most of the time it tries to mine humour by getting its poor cast to replicate the crazy faces seen on the show, to mixed results. I’ll give props to Ryo Yoshizawa and Kanna Hashimoto who play Kaido and Teruhashi, for giving it their all but there’s only so many times I can watch Hashimoto gurn in extreme close-ups before it starts getting tiresome. And watching some of the characters’ quirks in live action actually cements their behaviour firmly into worrying territory. Kaido’s Jet-Black Wings fantasy is funny in a manga and show where reality is naturally detached, but watching him anime pose in real life is the sort of cringe you only find at conventions.

Let’s quickly talk about Kusuo Saiki. The titular protagonist is famously dry, sarcastic and condescending. It’s part of his charm, and Hiroshi Kamiya’s voiceover work in the anime is spot on (even his English dub counterpart sells it nicely), giving us a main character who’s kind of a jerk but is sympathetic enough in his delivery that we root for him. Live action Saiki is such a miser. He has a perpetual look of disappointment and his voiceover is dull. I have to pin this down to bad directing because Yamazaki is a decent actor when he knows what to do. I get the impression this could be said about most of the cast, even the talented Arai whose Nendo just seems bored most of the time.

In all, The Disastrous Life of Saiki K feels like a hollow imitation of a product it doesn’t quite understand. It makes the same meta joke as the anime about Saiki hypnotising people into thinking his pink hair isn’t weird, but never bothers to ask why everyone’s so chill with Kaido or Hairo’s ludicrous haircuts. Saiki talks with his mouth instead of entirely with voiceover. Again I understand why this happens – it would be awkward to have a live action movie where the main character never once open his mouth – but this and every other concessions made due to the demands of the format  just emphasise my point that sometimes, good enough should just be left alone.

Verdict: Binge the entire series on Netflix. It’ll feel less long than sitting through this.

Overall entertainment: 4/10
Violence: Some slapstick
Sex: Ptsch, if only
Crossover gag: Assassination Classroom . But why?
Principal Kanda: Putting out some real Jimmy Onishi vibes
Kusuo: Just perfectly happy flaunting his car-levitation powers everywhere, huh
Nendo: Where’s your energy, my man?
Hairo: What is he, like 40?

One thought on “The Disastrous Life of Saiki K”