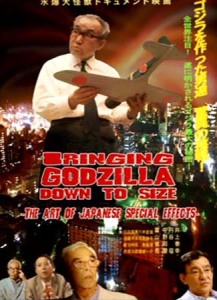 A blend of past and present, Bringing Godzilla Down to Size is an in-depth, intelligent and balanced view of the world behind the monster.

“When I was young, I memorized the phrase ‘sense of wonder’.”

Bringing Godzilla Down to Size: The Art of Japanese Special Effects  is an American-Japanese co-production, detailing the beginning of the Japanese special effects industry, its rise in popularity and its eventual decline and battle with the dawn of visual effects and increasingly cheaper CGI. Broken up into several sections, it covers the birth of the traditional techniques, the creation of Godzilla,  and what the future might hold for it all, but at the end, it exists to ask the question: why is Godzilla still a man in a suit, crushing miniature cities? It mixes narration by Alex Cox with interviews from people in productions current, and past, as well as Akira Tsuburaya, the son of the original producer, Toho FX director Teuyoshi Nakano, suit maker Shinichi Wakasa and Toho president Shōgo Tomiyama, among many others. 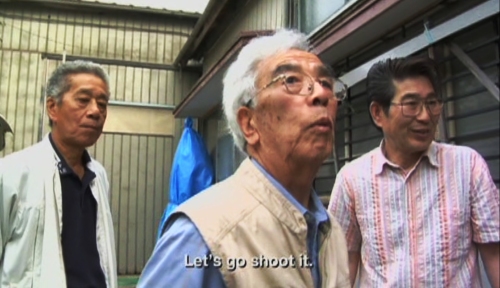 Godzilla is in the title and while he plays a strong part in the film, the documentary is less focused on behind-the-scenes stories of those films, but more on how Japanese sfx changed the local cinema scene, and tells the stories of its key players: particularly film producer Eiji Tsubaraya, whose visionary style was the core creative force behind the creation of Godzilla, and special effects genius Yasuyuki Inoue. Both men stumbled into the film industry, and working together with a team of similar-minded people, ended up revolutionising it, creating a visual style that has been associated with Japan for over sixty years.

Bringing Godzilla Down to Size tells an extensive history of these men, and the work they accomplished in establishing what we know as Tokukatsu films now.  You get a strong sense of how haphazard and experimental the entire process was for a long time, as well as a taste of just how much work and effort into the details went into each production. The many interviews go into the last-minute fixes – and this was an industry that thrived on last-minute fixes – the dangers of the job, and the struggles to stay relevant and popular with the ever-changing audiences.
A highlight of Norman England’s documentary comes in the Inside Godzilla section, when they introduce the three actors who have played the King of Monsters over his 60 year history. Haruo Nakajima, the original Godzilla, who donned the suit for almost 20 years; Ken Satsuma who brought a darker Godzilla to audiences in the 80s and 90s, and Tom Katagawa, who’s been in 5 films, from the turn of the century to the latest film, Godzilla Final Wars in 2004. The three men unite for the first time, show off their unique Godzilla acting styles, and share stories from their times in the suit. Like with the effects artists, listening to their stories you get a sense of camaraderie on the set, of people working together to achieve something that seemed almost impossible. Throughout, is a strong sense of history and tradition, one that snakes through and imbues every aspect of making a Godzilla film. The original members of the production teams leave, but they leave behind a legacy for the later generations. 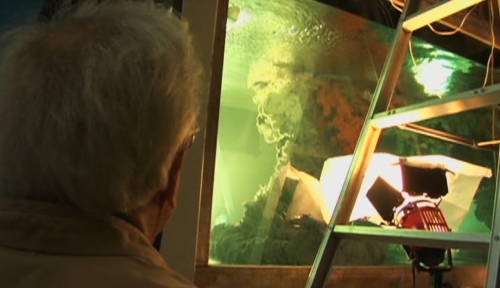 The film concludes with a team of effects artists, led by Inoue, recreating one of the most common effects in tokukatsu: spilling ink in water to look like an explosion. It’s great to see these production secrets demonstrated, and as one team member says, still in use today. The advent of computer generated imagery might be making epic-scale destruction a lot easier (and neater), but Japan is not through with its in-camera miniature-smashing fun.  Several of the effects artists imagine a world where CGI and miniatures are used hand-in-hand, and it seems to be an increasing reality. Miniatures is a staple of the genre, and they’re not going away any time soon. 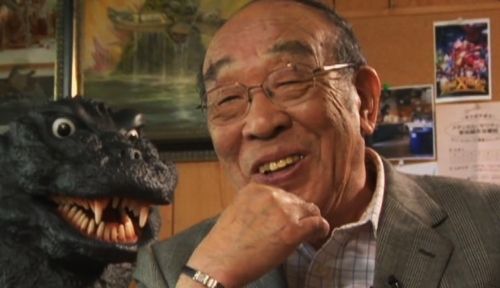 Verdict: Bringing Godzilla Down to Size explains with grace why the Japanese effects industry is so firmly rooted in the past, and is a must-watch for any aspiring filmmaker, or any fan of the King of Monsters