“The No. 1 prince of the week is… My all-time hero who won first place for 397 consecutive weeks… Mr. Satoshi Okuda.”

Christmas has always been a time for cutesy sentiment and eye-rolling cheese – we give films that come out around that time a free pass when they layer it on thickly, but without a good story or a good cast to hold it up, it can quickly fall apart.

Sayuri Honda (Miki Nakatani) is a loveable loser with her head inside her manga at all times and an inability to live in the real world. Enamoured by a fictionalised version of Lisbon she reads about, where the two main characters of her comic fall in love, she likes to imagine herself not in her hometown of Nagasaki, but over there.

Living with her family:  brother Koji (Tsuyoshi Abe), father Goro (Fumiyo Kohinata) and his girlfriend Kazuko (You), she usually spends her days fantasising about her dream guys, ranking them from 1-5. At a high school reunion, she comes across hotshot Satoshi (Takao Osawa), who has been her number 1 for 6 years. While at first too nervous to talk to him – and he seems to be having an affair with her boss’ wife (Ayako Kawahara) – they begin spending time together and blah blah blah romantic Christmas film.

Christmas on July 24th Avenue is a pretty run-of-the-mill story, reminiscent of Bridget Jones. It’s a predictable, slow-moving comedy that offers very little new to the table. The integration of her imagination into the real world is cute, and helps (but doesn’t really succeed to) give this a unique identity. There are these two Portuguese people – an old man and a little boy – that are actually parts of her subconscious guiding her through tough times, and the transitions between Lisbon and Nagasaki are subtle and well done, but the sweet visual touches aren’t enough to lift this story above bland and forgettable.

The cast is likeable, and both Nakatani and Osawa make good leads. Osawa in particular has a built-in charm that makes it impossible to hate. Her family are … weird, but provide some much needed energy, as does her long-time friend and secret admirer Yoshio (Ryuta Sato) who plays the hapless idiot with enough charisma to make him enjoyable in the few scenes he’s in. The leads might not have the best chemistry, but it’s enough to be believable and doesn’t feel particularly forced. One of the best parts of the film is how they grow closer, and while Satoshi has no arc, watching Sayuri grow and change as a person is actually quite entertaining. 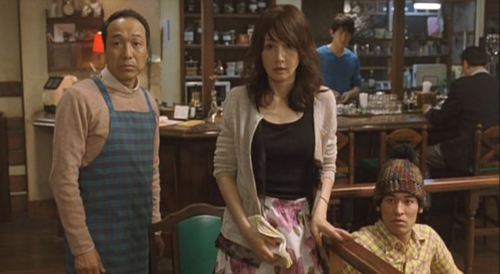 But it doesn’t mean it’s easy to look past the dull, re-run of a story. The rote plot has been done to death, and a couple of new angles here and there might give us the promise that something new is being done, it never really materialises on screen. The pacing is scattershot at best, with scenes cutting short and others being extended far beyond their natural cut-off point. And good lord does this film refuse to end. This thing has more endings than Return of the King. Just when you think the story is over, they tack on a bonus scene, and just as you think that one’s done with, they throw in another little aside. The movie could have easily been fifteen minutes shorter. 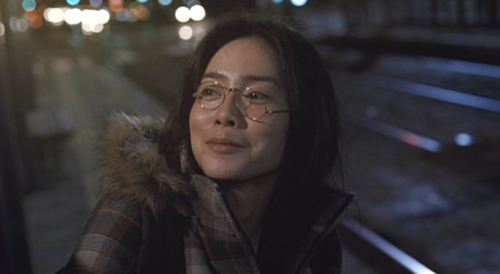 Is it recommendable? Eh. Kind of. There are far, far worse Christmas films out there and even worse romantic comedies, but there are also far better ones. There are really only two reasons to watch this: you’re a fan of Shuichi Yoshida’s novels and want to see his work adapted, or you’ve been scouring video stores for an Asian Christmas film to review like me and this is the only one you can find.

Verdict: Fittingly, for Christmas, the schmaltz is applied generously and while it isn’t terrible, there are better ways to spend your holidays

One thought on “Christmas on July 24th Avenue”