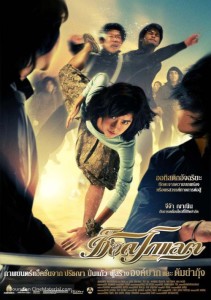 A simple story is made more entertaining through an unusual protagonist and some excellent action.
“Money! Lots of money! Mum’s money!”

Let’s do what the film does, and jump straight into it, shall we?

Chocolate centres around Zen (Yanin Vismistananda), an autistic girl with the ability to mimic any martial arts she sees. Before she was born, her mother, Zin (Ammara Siripong) worked for a ruthless Thai gangster called No. 8 (Pongpat Wachirabunjong), but fell in love with yakuza Masashi (Hiroshi Abe). No. 8 forbids the two from ever seeing each other, and after Masashi leaves, Zin runs away, pregnant with his child.

Over the years, having moved into a Muay Thai school, Zin takes ill. Along with the adopted Moom (Taphon Phopwandee), Zen performs martial arts tricks for money on the street in order to pay for the medicine. But when Moom discovers a book with a list of unpaid debts to Zin, he and Zen go out on a quest to collect the money, often running into trouble and into the paths of No. 8’s men.

I think we can all agree that the story is just there to stitch together numerous fight scenes, and that Zen’s somewhat magical (dis)ability exists only to give a reason for a young teenage girl to be able to kung fu her way through the criminal underworld. While Zen is by no means a bad autism role model, she’s also not really a realistic one. Whether or not she, and the Tourettes kid she has to fight (one of the minibosses is a kid with severe Tourettes who fights using capoeria martial arts, whose disability makes him unpredictable, or whatever) are portrayed in a sensitive light is beyond my level of analysis. 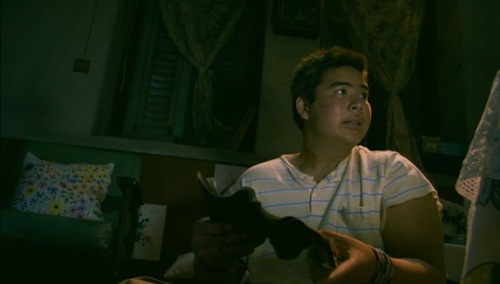 My analysis is a bit more basic. After the third or fourth stage, you begin to realise just how much like a video game this is. I was reminded of the gameplay from John Woo’s Stranglehold, which was almost identical in structure, except with fewer guns and more kicks to the throat. There are a couple of cutscenes, followed by a level where Zen fights her way through one of several stages before going one-to-one with the final boss. As she fights, she acquires new skills which come in handy later on. Chocolate, without even trying, became a better video game movie than any of the Street Fighter or Tekken movies. 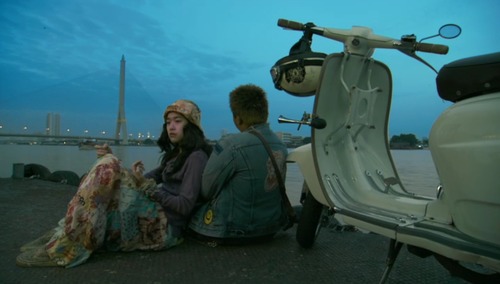 I might make it sound like it’s a problem, but it’s really not. It follows a similar formula to some other seminal martial arts movies, especially some of the earlier efforts from the seventies (the Bruce Lee classic Enter the Dragon comes to mind), where the story doesn’t really matter all that much. It’s the fighting that counts. And boy does it follow through with that. Zen kicks a lot of ass in the film, and the action choreography is a major player here. Director Prachya Pinkaew set most of the action in places we’ve seen countless times before: seedy restaurant, meat market, fish market, and so on, but he does a lot with the props and the lighting to give us a visual experience that’s at least a little bit detached from the norm. There’s a fantastic fight scene that takes place on the walkways of a shady motel utilising the balconies and exterior corridors to their full extent, giving us something that isn’t unlike a 2D platformer, like Donkey Kong, only way more violent.

Props to the lead for making her role – which could easily fall into absurdity – believable and engaging. We’ve seen autistic characters used for fighting before, here and there, but they’re never really that well done in my opinion. Yanin Vismitananda brings a level of sincerity and sympathy to her role which makes her instantly likeable despite not having a hell of a lot of dialogue outside of “money! Lots of money!”. Having Moom by her side for the most part is a smart choice, as their friendship is an anchor for the audience, giving us something to root for in the process. They work great together, with Moom working as the brains and support, and Zen as the silent muscle. The rest of the cast is a bit more forgettable. The mother Zin is kind and layered, even if we don’t see too much of that, but mostly kind of boring. The villain is equally interesting, but not enough is shown of him or any of his wacky henchmen. And let’s not even talk about the father, whose name escapes me (Masashi? I think it’s Masashi. I don’t know, I wrote the plot synopsis a day ago). His role is an extended cameo at the beginning and end of the film, and contributes little.

None of that matters, really. This is Zen and Moom’s film, and they both knock it out of the park. The action is great – even Moom gets in on it – and has enough bone-crunching and gravity-defying kicks to please even the most stubborn of martial arts fans. It might not be the world’s most engaging plot, but it tries, and the fights are definitely worth the price of admission alone.

Verdict: About as nuanced as the punches it delivers, Chocolate is a good, exciting Muay Time 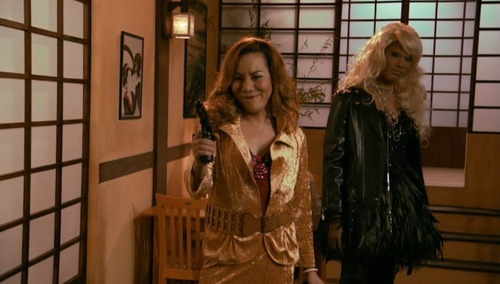