While it might not have the focus it should have, Go Grandriders’ heart is very much in the right place.

“He used to be in a lieutenant in the Japanese forces. I was a nationalist soldier… Sixty years ago we were enemies, now we’re touring the island together.”

It’s often said that the elderly, despite their newfound social independence, are unable to exlore the world or live lives the way they would have wanted to in their youths. Their age makes it risky and dangerous for them to go forth into the world alone. We picture them as helpless as infants, and confine them to care centres when all they want to do is go out and have some fun. Motorcycling around the country with only a handful of carers by their side? Piece of cake!

That’s the central premise behind the Taiwanese documentary Go Grandriders!, which focuses on a team of elderly men and women who decide to take a tour around Taiwan on motorbikes (or rather scooters). Together they have an average age of 81 (with 89 being the oldest member) and a combined age of well over a thousand. The movie documents their 13-day 1178-km tour, and the troubles they find themselves in, all the while we get to know the riders: there’s a man who trained kamikaze pilots in the second world war, two men who fought on opposite sides as soldiers, an expert calligrapher, a pastor and plenty of others, each providing their own thoughts, musings and stories throughout. 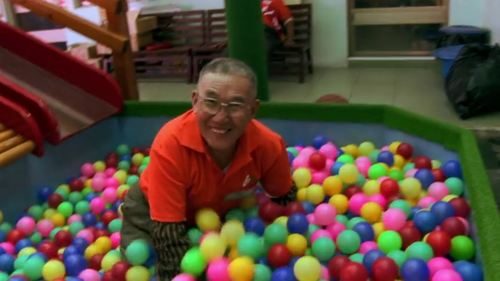 Go Grandriders!’ biggest strength is in its’ colourful cast, which are all a bundle of fun and incredibly endearing to watch. The documentary falls in at just under 80 minutes, which makes for a short and sweet film, but when you’re dealing with what is essentially 17 main characters it’s difficult to allocate them all the appropriate amount of screen time. Naturally, quite a few get spotlighted more than the others. This is true of the gung-ho captain, the man who is doing this for his deceased wife, and one or two others. The rest have supporting roles, or cameos with only a line or two every so often. It’s a tricky balance to have and frankly this probably the best choice.

It also doesn’t help that after a while it does become a bit tricky to tell one incredibly old Asian man from another, especially when there are over a dozen of them. But it doesn’t really matter because we’re not really here to witness any great character arcs or anything, although there are a couple. Watching the captain break down because he unable to continue with his friends for a few days due to ulcers is a heartrending moment, and you want nothing more than to see him back in action with the crew. Focusing on two or three grandriders makes it easier for the audience to sympathise with them, and the ones they chose – including that guy’s promise to bring his deceased wife on the trip – are well done.

My biggest criticism of the movie would be that it doesn’t do a lot with its central premise: that the elderly as capable as anyone else, and shouldn’t be left to rot in a home. It pops up here and there, in a voiceover or a pretty touching scene involving one man in a wheelchair, but they come across as shallow. And this is necessarily a bad thing: shallow can be perfectly acceptable and works fine in this context, but at the end of the day, Go Grandriders! doesn’t have as much to say as it thinks it does. Instead, what it is a touching story filled with genuine emotions and a cast of sincere, likeable people. And it doesn’t need anything else. 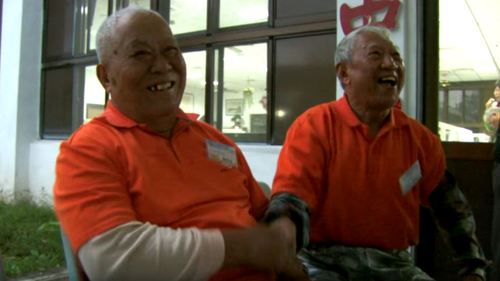 The movie’s best moments are when it lets itself go with the flow, and shows these people at their happiest, or saddest. “They might look healthy, but that could all change in days,” states one of the carers assigned to follow them, and it’s true. Where Hua Tien-hao’s movie shines is how it presents all of the events in a matter-of-fact fashion instead of opting for easy emotions: the drama comes easy enough, after all. The people in this movie are quite sentimental and nostalgic as it is, and leaving them to tell their stories when they see it is the best choice the film could have made.

Verdict: Go Grandriders! isn’t saying anything new or phenomenal, but it is a purely delightful and honest film that shines when it’s not trying too hard.