Unico in the Island of Magic 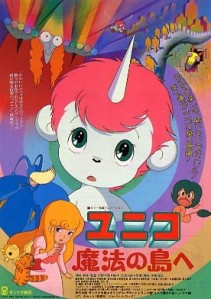 Cuteness and abject horror combine once more in this sequel to the 1981 animated original.

A while back I looked at the nauseatingly adorable The Fantastic Adventures of Unico, a little film that played out like three episodes of a kids’ show. There was a talking cat, a kindly old woman and a benevolent and sentient wind. And then everything got super dark. And then it got super adorable again! Unico was a wild ride – insofar as such a product can be – and one I didn’t think I’d ever get the chance to experience again. And then Unico and the Island of Magic appeared in my life, so here we are. 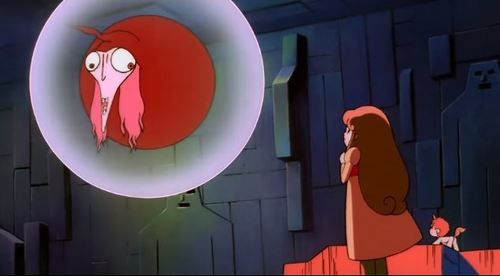 In this one, Unico is still being moved from place to place by the West Wind, and after an encounter with an asshole cat, comes across a young girl named Cheri whose brother Tolby is working for an evil wizard named Kurukuru. Tolby is using his magic to transform animals and people into strange, featureless, stone (or maybe cardboard) monsters called Living Puppets, who he then transports to an island for Kurukuru, in exchange for learning more of the weird, globe-shaped wizard’s magic. Also, he takes on the asshole cat as an apprentice. Unico goes to investigate, and somehow ends up at the Edge of the World, where he learns from a rocking horse the truth about Kurukuru. 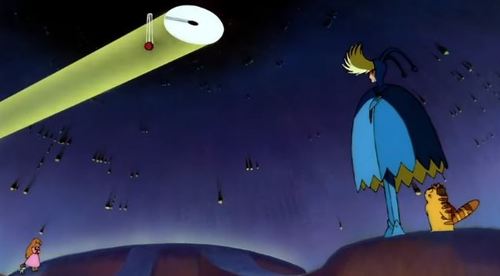 Well, it’s nice to learn that Unico hasn’t lost any of the mind-boggling zaniness that made the first one stand out (a phrase I should probably put in air quotes). The Unico movies love to surround themselves in dark imagery and morbid themes, and then decide to make the main character a doe-eyed pink unicorn baby who cries when he gets bullied by an asshole cat. It’s something that I should commend the films for; they have a pretty decent imagination and if they didn’t insist on being so cute all the time, there’s definitely potential for some really riveting stuff.

The island that the wizard is making out of stone people is an amazing visual, and has some seriously dark undertones. What about the people submerged in water? How long has this wizard been doing this? Kurukuru himself is a fascinating character, a terrifying orb-being with few features who talks in an unsettling voice. By giving us a bad guy who’s more relevant to the main story, who is talked about before he even makes an appearance, the writers allow him to be more fleshed out than “monster in a man-suit” from the first film, and this is definitely a major plus. 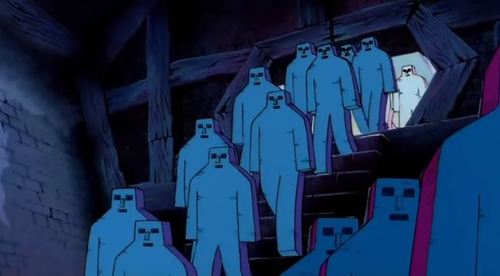 Like the previous film, this Unico picture doesn’t lend itself to much analysis or anything, and so there really isn’t a hell of a lot to talk about outside of a) the Unicorn is adorable (to the point where you feel awful whenever anything happens to him), and b) the villain is great (and has a really interesting backstory). That’s basically it. If you liked the previous one, you’ll get a kick out of this. I actually found myself enjoying it more than I thought. The storyline is better structured, the villain is interesting and while the side characters aren’t as good as the previous film, it won’t matter as much. There’s enough horror, bizarre moments and unadulterated cuteness for this to please any fans of the last movie.

Verdict: Filled with plenty of what-the-fuckery, Unico in the Island of Magic is a surprisingly good sequel, and is probably lots of fun to show to people new to anime. 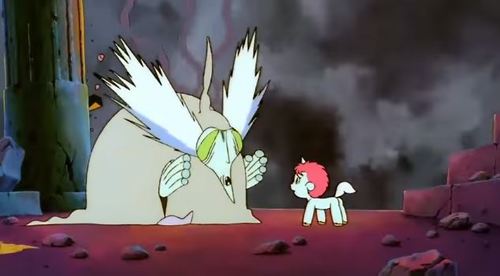 Overall entertainment: 7/10
Sex: Gee, I wonder
Violence: 3/10
Horrifying moments: Plenty
Cute moments: Just as many
Mechanical dragons: Christ, I forgot about him
Tolby: What a dick, man
Side note: My god do the animators love it when Unico cries. They keep zooming in on his little face.