“If you became a Shogun, there’d be nothing but devils in this world. If you so want the company of devils… you’d better hurry back to hell.”

I didn’t really know what to expect coming into Ninja Scroll. Yoshiaki Kawajiri’s tale of a lone ninja fighting his way through Edo-era Japan had been praised by countless critics and cited as a huge influence on a number of directors. But still, I was apprehensive. I’d seen a lot of similar, hyperviolent anime movies from that time – anime’s weird period of experimentation – and thought it would be, at best, perfectly serviceable. Thankfully, I was incorrect in my initial judgement.

In the small coastal town of Shimoda, people are dropping dead. A disease seems to be spreading, and a local ninja team is sent to investigate. However, they are ambushed and quickly slaughtered by a huge hulking man, Tassei – one of the Shogun of the Dark’s Eight Devils. He captures Kagero, the only surviving member of the team, to rape her. However, she is rescued by Jubei, a lone mercenary and ex-ninja of the Yamashiro clan. Jubei finds himself unable to slay Tassei, who can turn his skin into stone. But after finding out that Kagero’s body is infused with toxins, which have rubbed off on Tassei, he is able to kill him.

While healing at a hot spring, Jubei meets Dakuan, an elderly Tokugawa spy. Blackmailing Jubei, Dakuan poisons the ninja, telling him he’ll only give him the antidote if Jubei helps take down the rest of the Devils. Jubei, Dakuan and Kagero join forces to investigate the matter further. As they learn more of the village, they run into more of the Devils, eventually coming across the reason for the Shogun of the Dark’s intentions.

Ninja Scroll could very well have been a pretty terrible movie. Everything about it suggests it should have been a schlocky, b-grade picture, the sort only enjoyed at midnight screenings. But Kawajiri puts focus on the right elements, which is something that – as much as I enjoyed it – he did not do so well in Wicked City. The story is pretty predictable, but that’s not really a sin, not when it’s such a cool-looking movie. Benefitting from crisp lineart and vivid colours, Ninja Scroll knows that its visual identity will be a key part of its success. 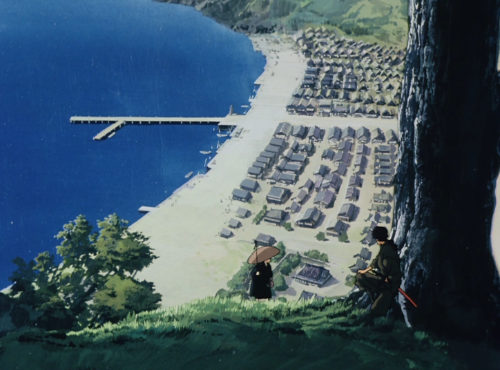 Another of the movie’s strong aspects is the variety of villains. Movies like this offer an excellent opportunity flex your creative muscles and come up with new, fascinating enemies for your hero to face and Ninja Scroll is not short of them. From the woman who can control gunpowder, to the shadow-hopping chain ninja, to some dude whose entire back is a hornet’s nest, Ninja Scroll has some really memorable bad guys, each more interesting than the last. This means that Jubei and his team have to come up with different ways to best them, which keep things interesting, and really makes the film stand out.

It’s odd, then, to note that this variety might also be the movie’s weakest point. Because every bad guy is so cool, you want the fights to last longer, and each encounter to be filled with white-knuckle moments and exciting, last-minute saves. And they are … for about half a minute. Because there’s so much to throw in such a short film, some of the boss fights feel a little underwhelming. Each of the eight ‘demons’ has so much personality you could devote a few episodes of a TV show to every one of them. Some of them get so much build-up, like the wire-wielding Yurimaru, and then get to do battle for a brief minute before it’s time to move on to the next one. But, still, I’d rather have eight amazing, too-short fights than a couple of overdrawn, boring ones. 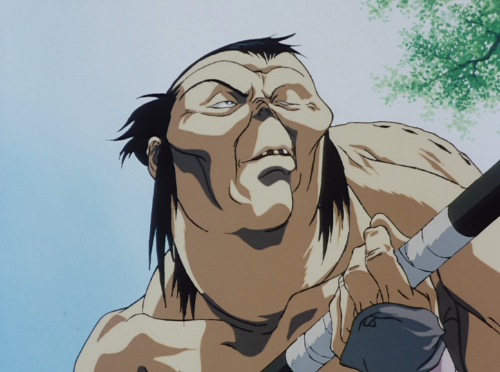 In the end, I liked Ninja Scroll a hell of a lot more than I thought I would. It wasn’t perfect: the story goes almost exactly the way you’d imagine, but it more than makes up for it with some top-notch action sequences, character designs and visuals.

Verdict: Short on depth, but rich in ideas Ninja Scroll comes off better than the sum of its parts.