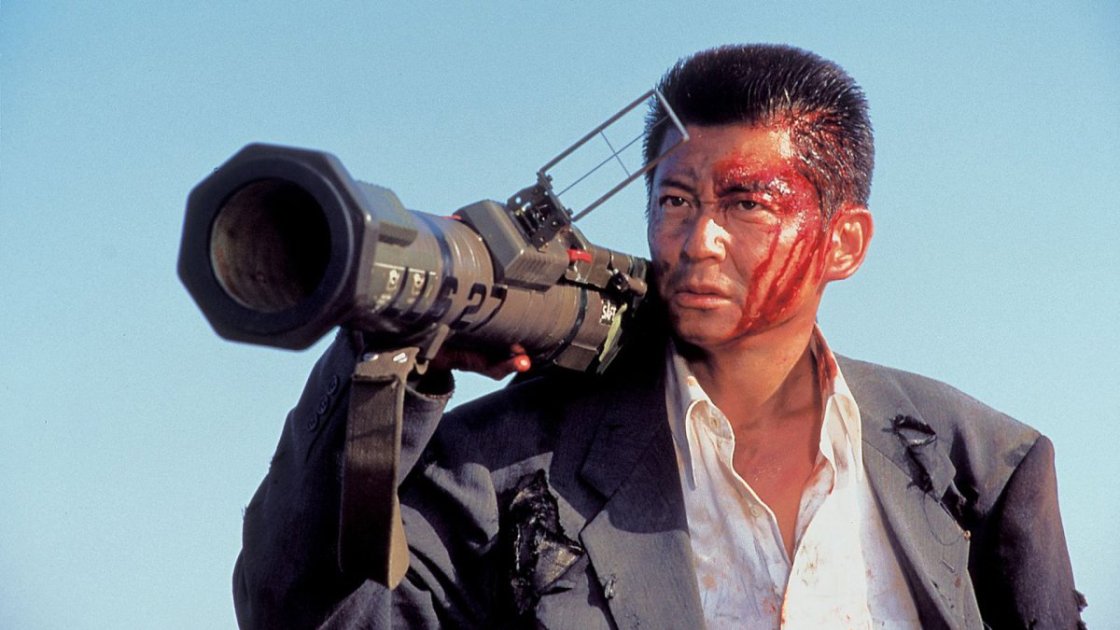 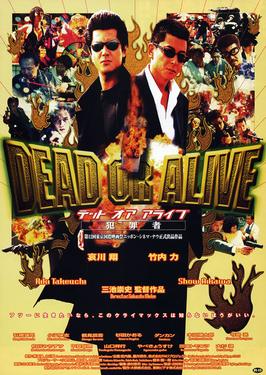 Deviance and corruption run rampant in the first in Takashi Miike’s crime trilogy.

“Yakuza are Yakuza, and murder is murder.”
“I used to think like that.”

Takashi Miike. The man is about as synonymous with the yakuza genre as Kinji Fukasaku or Beat Takeshi. But while the other two names are known for their measured, artistic films, Miike has another approach: go nuts and kill everyone who disagrees. This has resulted in him adding a fair amount of variety to the genre, from the serious immigrant-themed City of Lost Souls, to the balls-to-the-wall vampire flick Yakuza Apocalypse. And somewhere within that spectrum is Dead or Alive: Hanzaisha.

The film splits its attentions between two main characters: Ryuuichi (Riki Takeuchi) is the head of a small-time gang, who wishes to take control of the world of the yakuza and whose brother Toji (Michisuke Kashiwaya) has just returned from studying in the United States. Ryuuichi used his dealings within the criminal underworld to pay for his brother’s education, unbeknownst to Toji, who is unaware of his brother’s life. The second focus is on Jojima (Sho Aikawa), a detective whose daughter is suffering from a life-threatening disease. He and his wife (Kaoru Sugita) are struggling, and his work seems to be getting to him. Jojima is also looking to upend the yakuza system, simultaneously borrowing money from gangster Aoki (Renji Ishibashi) and attempts to put both the yakuza and the Chinese Triads at war with each other. Naturally, both Jojima and Ryuuuichi are destined to come face to face.

Takashi Miike’s movie is tricky to summarise for a particular reason: the story is a little bit all over the place, and somewhat thin. It’s probably the film’s weakest point, so I’ll get it out of the way now, but Dead or Alive does suffer greatly when it comes to giving us a story that’s rich, tense and fully engaging. There are plenty of little details that help sell it greatly: Making Takeuchi’s character of Chinese descent gives the plot a bit more meat, but one cannot help but wish for it to have been more important to the story. Thankfully, the two leads work so well that you tend to overlook these duller moments. 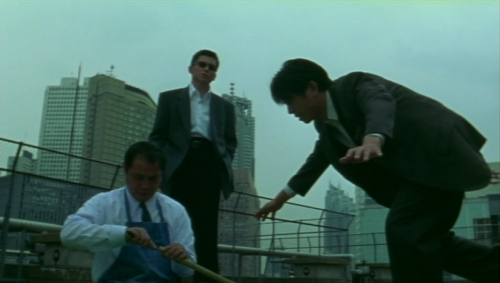 With that out of the way, we can focus on what was good about Dead or Alive and the first thing that comes to mind is the oft-talked about opening sequence. It’s a solid ten-minute drug-fuelled dreamscape of criminal activity set to Koji Endo’s electric guitar that gives us a taste of what’s to come: A coked-up businessman played by the late Ren Osugi does a 20-foot line of coke. A man eats a half-dozen bowls of ramen and then is shot in the stomach, exploding into a cloud of noodles. Ryuuichi takes a shotgun from a clown, climbs onto the roof of a car, and blasts a man from above. 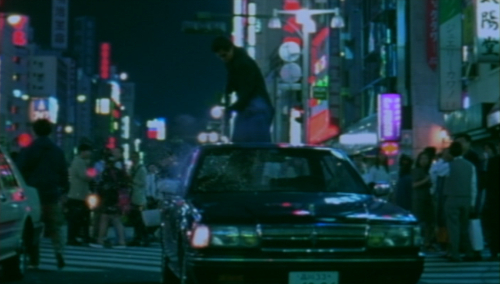 And then it all comes to grinding halt. Despite being advertised as “cinema at 1000 miles an hour”, the majority of Dead or Alive’s pacing is more akin to a Beat Takeshi drama than a fast-paced action crime thriller. It’s not to say that this is a problem, Miike clearly does this on purpose to let the movie breathe a bit. But, like coming off an incredible drug high, those pumped up following that adrenaline-boosting beginning are going to crash. Hard. And it takes a bit of time to get back into shape after that initial whiplash, which is a shame because the movie isn’t slow per se, it just feels like it in comparison.

Thankfully, it’s not all sluggishly-paced and sensible. The contents within are anything but mellow, and Miike uses the yakuza genre to play around with tropes, get very silly, and as grotesque as possible while still remaining coherent. By trying to give us a Shinjuku that is rife with corruption and darkness, Miike paints us a picture where every other building is a strip joint or a crime boss lair, where women are whores or drowning in paddling pools of shit, and men are expendable sacks of blood, or monstrous perverts. Dead or Alive seemingly marks the beginning of Miike’s most famous phase, where everything he did was experimental, controversial or both, and gives us his most prolific years of his life – during the 2001-2002 era the dude directed 15 productions. 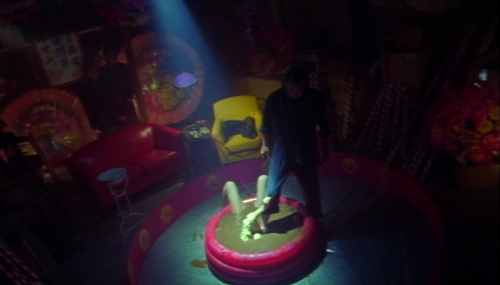 With that sort of output, it’s natural to want to get weird with it, and Miike wastes no time. Things would get crazier with the other two (unrelated) movies in the trilogy, but this first entry is a definite glimpse into the mad genius we will see later. Featuring an end sequence just insane enough to be perfect, and enough “what the fuck” moments to make you forget the pacing, Dead or Alive is a mixed bag of delirious filmmaking and a showcase for the sort of work you’ll come to expect. It’s the stuff you’d never see in Hollywood, and exactly why I came to Asian cinema in the first place.

Verdict: Dead or Alive is a mess, but it’s a damn entertaining one.

Overall entertainment: 7/10
Violence: 9/10
Sex: 7/10
Perverseness: 10/10
Snack of choice: Deep fried hand
Riki Takeuchi: Shockingly subdued compared to his other roles
Whom to grab: Anyone shifty. Chinese or not.