An interview turns deep in this sort-of romantic drama.

“It would be impossible for us to sleep together, wouldn’t it?”

What exactly does a “film” consist of? Specifically, a human, possibly romantic drama that is – for all intents and purposes – a work of fiction? In storytelling and cinema there are rules to follow; rules that help us follow the story and the emotions of the character while providing a narrative structure that is ultimately satisfying at the end. We need arcs, three acts (more or less) and a climax, before winding down with a conclusion. But … do we?

Jeong Ga-young argues that, well, no. And you can do so without looking too experimental or arthouse either. Hit the Night is presented as a series of conversations – or rather, two long conversations – told over the film’s 85-minutes runtime. The first consists of Jeong playing a filmmaker who meets up with her friend Jin-hyeok (Park Jong-hwan) in order to interview him as research for a film she’s writing. They first meet at a restaurant, where she asks him a series of personal questions, before moving onto a quieter … curtained drinking room?

Honestly, I have no idea what that second location is meant to be. It’s like a series of private rooms where you can eat and drink, with a buffet by the entrance. Maybe it’s a Korean thing. Who the hell knows. Anyway, as the interview continues it becomes apparent that Jeong has ulterior motives, and wishes to seduce Jin-hyeok, despite his being in a relationship. This happens around the halfway points and marks a shift in the tone of the film, but it still keeps its conversational attitude throughout. 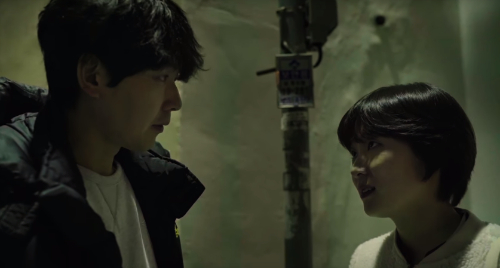 Jeong’s movie isn’t groundbreaking in any sense, but where it works is in its insistence on remaining as straightforward and simple as possible. With maybe four locations, and five actors (two of which are extras), the film knows how to keep it humble. This works massively in its favour. Combine it with Jeong’s style of keeping the camera close to the actors and there’s a very real sense of intimacy throughout. The minimalistic charm works on a purely internal level that I understand won’t translate to everyone. But to a largely cinephile audience, one of the three characters presented here is definitely going to relate one way or another. After all, Jeong injects so much love for Korean cinema in her characters that, if you’re watching this, will appeal to you. 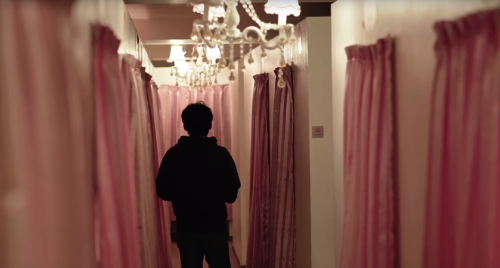 The conversations presented therein are structured by the interview, but otherwise are pretty free-flowing, constructed in a way that reveals a lot about each character without really saying anything too explicit (in its exposition that is). Props to Jeong for creating in her role a female lead who chases her love interest, all the while talking about her love of film (and how cinephiles have too high standards for lovers). These have historically been seen as typically male roles, which – like the “female gamer” argument – doesn’t really reflect reality. Jeong’s main character might seem like every white nerd boy’s dream (she drinks, flirts, loves violent Japanese cinema) but she’s also a very real person.

Through subtle, truthful acting and conversation that feels real, you’re not really watching a film, but sitting with friends and having a good time. What Jeong has made with Hit the Night is something that will undoubtedly bore the hell out of most people, but will enthral the ones who love Korean cinema, shooting the shit with friends and connecting with people – as fictional as they are – who seem to share the same worldviews. Just don’t try to sleep with them.

Verdict: Hit the Night succeeds largely thanks to its charming cast and effortless simplicity.