A young yakuza falls through the looking glass in Takashi Miike’s bizarre opus.

“Everything I’m going to tell you is a joke. Don’t take it seriously”

The urban legend of Gozu – literally Cow’s Head – talks of a story so frightening that anyone who reads it immediately dies of fright, or becomes catatonic or suffers some other terrible tragedy. It’s exactly the sort of dumb, goofy tale teens tell each other, like Bloody Mary and the videotapes from Ringu, but it sounds like a great basis for a J-Horror, and who better to take a stab at it than Takashi Miike himself?

So, naturally, his movie Gozu has absolutely nothing to do with that. Well, it – originally titled Yakuza Horror Theatre: Cow’s Head – does involve a cow’s head, thus the title, but well … it’s really its own thing and one that’s been talked about countless times as one of Takashi Miike’s most intense and outlandish cinematic experiences. Hold on to your hats, they tell you, it’s about to get weird. I respectfully disagree. Sort of. 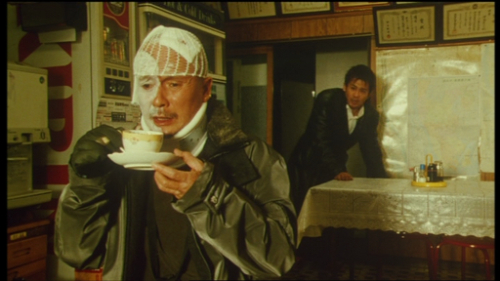 The story deals with a junior Yakuza named Minami (Hideki Sone) who is tasked with disposing of his Brother in arms Ozaki (Sho Aikawa), who has lost his mind and believes everything is a monster out to kill yakuza. Ozaki dies en route, and when the body mysteriously vanishes from the back of the car, things start to take a very strange turn, featuring a woman who reads all her dialogue from cue cards, an innkeeper who won’t stop lactating and a man with a cow’s head in stained y-fronts.

While Miike’s story of this descent into the absurd is definitely weird, there’s something about its pacing and contemplative attitude that actually gives it a real sense of verisimilitude. So where to begin talking about this strange comedy fantasy? The film is often compared to the works of David Lynch, both positively and not so much. It’s an easy comparison to make, sure, but it’s also not a very good one and this leads into the quote at the top of the review. Miike tells us, through Ozaki, that he’s not really taking any of it seriously. It makes no sense – but does so by design. With that quote, it’s easy to see a Miike who is laughing at the idea of his movies being analysed.

Because this isn’t Tetsuo: The Iron Man, a film much more deserving of a Lynch comparison. Gozu acts like a dream, and has a logic that follows, with our hapless Minami watching events unfold around him as he walks in and out of various locations, asking where the corpse of Ozaki is. Nothing really happens to him – he’s an audience surrogate, mostly. Gozu is a film that takes the Alice in Wonderland concept and replaces all the creepy weird shit with even creepier, weirder shit. And yet Miike can’t help but make it all work in a coherent manner, somehow. Hidden beneath it all is a story about death, rebirth, and a guy who won’t let go of his crazy, dead friend.

It’s not to say that Gozu isn’t what people have described it as. Yes, it’s absolutely a strange, unabashedly psychosexual comedy-drama featuring some of the director’s most off-putting and eye-widening moments. The scene where we finally see Sho Aikawa’s character again (you know the one) is as wince-inducing as it was when I first saw it. But to say it’s his most extreme and out-there production is probably wrong when Ichi the Killer (also written by this film’s screenwriter Sakichi Sato), Visitor Q and in a different way, The Happiness of the Katakuris exist. Gozu was never meant to be taken seriously, but in not caring Miike actually makes a minor masterpiece that speaks a lot about the world that exists outside of our own experiences, and how death can change our entire little sphere. 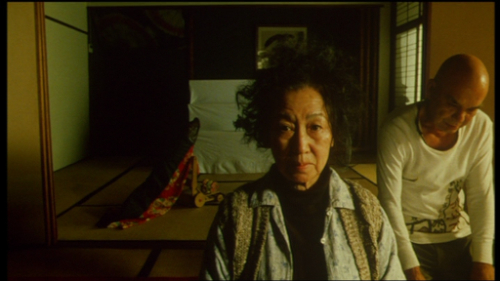 Was it by accident? Hard to say. It’s always hard to say when you’re dealing with a man who was at the time pumping out a half dozen films a year. But it’s hard to agree with the idea that this is a bad first Miike film for any newbie viewer. In fact, I’d say this checks all the boxes: A yakuza drama? Excessive violence and various perversions? An overarching calmness that hides the madness just beyond the horizon? It’s all there, and all very much covered in his stamp. Gozu almost marks the start of Miike’s eventual slower pace. It marks the beginning of the end of his zany antics with Riki Takeuchi and Sho Aikawa, and with it it’s like he’s throwing at us all the unsued visuals he knows he’ll never get to see again. It’s quintessential viewing if you came to foreign cinema for stuff you’d never see in Hollywood. And let me tell you, you’d never see anything like this there.

Verdict: Not Miike’s craziest film, but the most him, this is a viewing experience for any fans of the mad director.

Overall entertainment: 8/10, if you’re into this sort of thing
Sex: 8/10
Violence: 6/10
Violence against dogs: Darkly hilarious – I know, I know
Cameos: Hey! It’s Kanpei!
Renji Ishibashi: Up for just about anything
Deaths: There’s definitely a more dignified way than the Boss’s