A brother and sister look for shoes, instead come face-to-face with their own mortality

“What if she looks for them?”
“She’s going to die soon anyway.”

In Korean tradition, kokdu are small wooden dolls used in funerals. Predominantly used in the 19th and early 20th centuries, the purpose of the dolls is to accompany the deceased on their long journey into the afterlife, with each figure representing a different character, from humans to animals and anything in between. The kokdu are often cheerful creatures, and their guidance is meant to bring a sense of uplift to the otherwise morbid funerary procession. 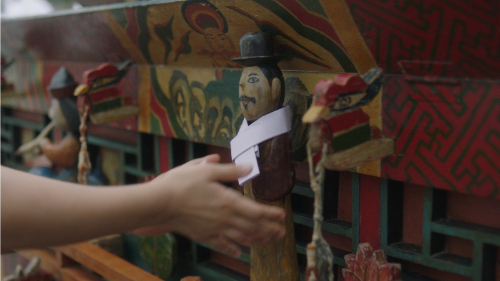 2018’s Kokdu: A Story of Guardian Angels is about two children – Soon-min (Kim Su-an) and her younger brother Dong-min (Choi Go) who trade a number of items from their house in order to get a puppy from a second-hand goods dealer. Among those items is a pair of their grandmother’s shoes – but when she falls ill and wants to wear them again, the children panic and run to the junk yard to find them. However, things go awry, they fall down a hole and when they wake they find themselves in a strange other world, greeted by four friendly strangers. 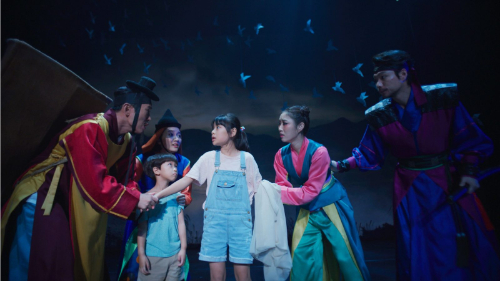 These four are the kokdu themselves, brought to life as the kids begin their pass through into the underworld – here, portrayed on a theatre, filmed like a play. Kokdu’s most notable feature is in the way it mixes its mediums this way, switching between regular film and a stage production. The change is styles is simple but effective, letting us know that the scenes in the underworld are something else – something not like the normal world. Choosing old-style Korean theatre and music sells the idea of the kokdu being these traditional figures whose existence don’t necessarily follow the typical laws of time. 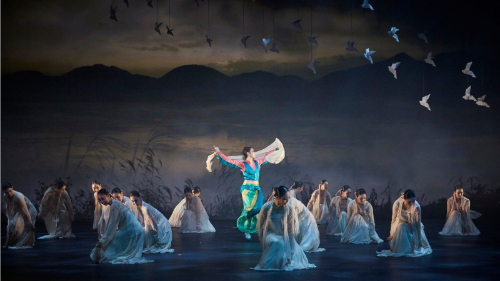 As a story, it doesn’t do a lot new, if anything. You’re not sitting down expecting a major third act twist, or for subversive cinema. This is, after all, a children’s story whose emphasis is on its moral and the interactions between the main characters and the titular kokdu – and those are great. Despite being written like a stage production, the interactions still feel natural and this is largely down to a very talented (if mostly unknown) cast, including Kim Su-an whose roles in the previous year’s Mimic, Battleship Island and Along with the Gods – as well as her breakout role in Train to Busan – are solidifying her as one of the most promising child actors today.

At its core, Kokdu is about the innocence in children, and how they’re affected by the concept of death: both their own and of their ill grandmother. It’s lightly touched upon, wrapped up in a fable about not stealing shoes to barter for dogs, but it’s there. Clocking in at only 73 minutes, it is refreshingly short and never overstays its welcome. Attempting to stretch out the relatively straightforward story would have no doubt bloated the entire picture. As it is, it is reminiscent of a simple children’s book with the same level of morality. It combines modern day aesthetics with the artefacts of culture past, and could have been so much worse than it ended up being. If this is the journey to death, it needn’t be feared.

Verdict: Sweet and sincere, Kokdu: A Story of Guardian Angels does enough with its basic premise to stay entertaining throughout.