The London Korean Film Festival returns for its 14th year with a look back at the last 100 years of Korean Cinema.

Last year, I was lucky enough to be invited to the London Korean Film Festival’s 13th outing, which featured some of the most interesting films I’d seen: from the crushingly bleak Alive to the inventive hybrid feature The Return, that iteration of the LKFF looked at real life and contemporary issues in a number of ways and through a number of genres. This year takes a look back, over the last 100 years of the country’s cinematic history, at how film affects the culture and vice versa.

I’ve written a few times on when this has happened (and once when it should have happened), and will likely be looking to catch as many of these as I can. This celebration begins right away, on November 1, with their opening gala film A Seashore Village (1965), one of the first successful munye films, filmed during one of Korea’s most important cinematic decades. The focus will continue on from BFI’s Early Korean Cinema look from earlier this year and feature movies from as old as 1949, with the contemplative drama A Hometown of the Heart. I could go on forever here – but here’s a link to the entire lineup.

The regular Cinema Now strand has a range of exciting movies from recent years in a number of genres. Those who might tire of slow moving dramas will get a kick out of Idol (2018), Lee Su-jin’s neo-noir action thriller, The Odd Family: Zombie on Sale (2018), a horror-comedy from Lee Min-jae or Extreme Job (2018), a goofy action comedy which has become one of Korea’s highest grossing films. But don’t worry if you haven’t gotten your fill of drama yet:  Height of the Wave (2018), about a police officer transferred to a quiet island with her daughter, or period piece A Resistance (2019) has your back.

There’s also a spotlight on social critic and gone-before-his-time film director Ha Gil-jong, whose prolific career and denigration of the military dictatorship in the seventies made him famous. His work has rarely been seen outside of Korea, and what better way to showcase it than as part of a celebration of the country’s culture and film. The films will be The Ascension of Han-ne (1977), The Pollen of Flowers (1972) and arguably his most famous work The March of Fools (1975).

On top of all of this are the usual sections: the now-regular Women’s Voices, which last year included touching documentaries and roundtable discussions, will be looking at first-time filmmakers and feminist film criticism. Family seems to be the key theme here: Youngju (2018) is a girl who must look after her younger, and also forms a friendship with the person who accidentally killed her parents; A Boy and Sungreen (2018) deals with a schoolboy trying to find his missing father; and A Bedsore (2019), which looks at the way we care for our elderly. On the documentary side, there’s Yukiko (2018), in which director Young Sun-who traces her family history. 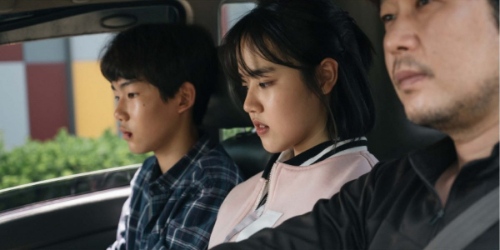 Lastly we have the Animation, Shorts and Documentary strands. On the animation front are two films 52 years apart: folk hero tale A Story of Hong Gil-dong (1967) and eco-themed family adventure Astro Gardener (2019). The documentaries have always been some of my favourites (and the most surprising in any festival), and here we have a number to pick from, all from the 80s and 90s;. There’s Water Utilization Tax (1984), Blue Bird (1986), and The Night Before the Strike (1990), which all deal with farmers or blue-collar workers and their difficulties.

The closing gala will be the 2018 drama Scattered Night, about two children who must decide which parent they want to live with. As usual, the festival will start in London before heading all over the UK for another ten days, so if you’re not in London there might still be some stuff to check out. I’ll be looking at as many as possible over those first two weeks, which looks to be better than ever. The festival runs from November 1st to 14th for London, and 15th to the 24th around the UK.

Click here to buy tickets, and watch the trailer below!