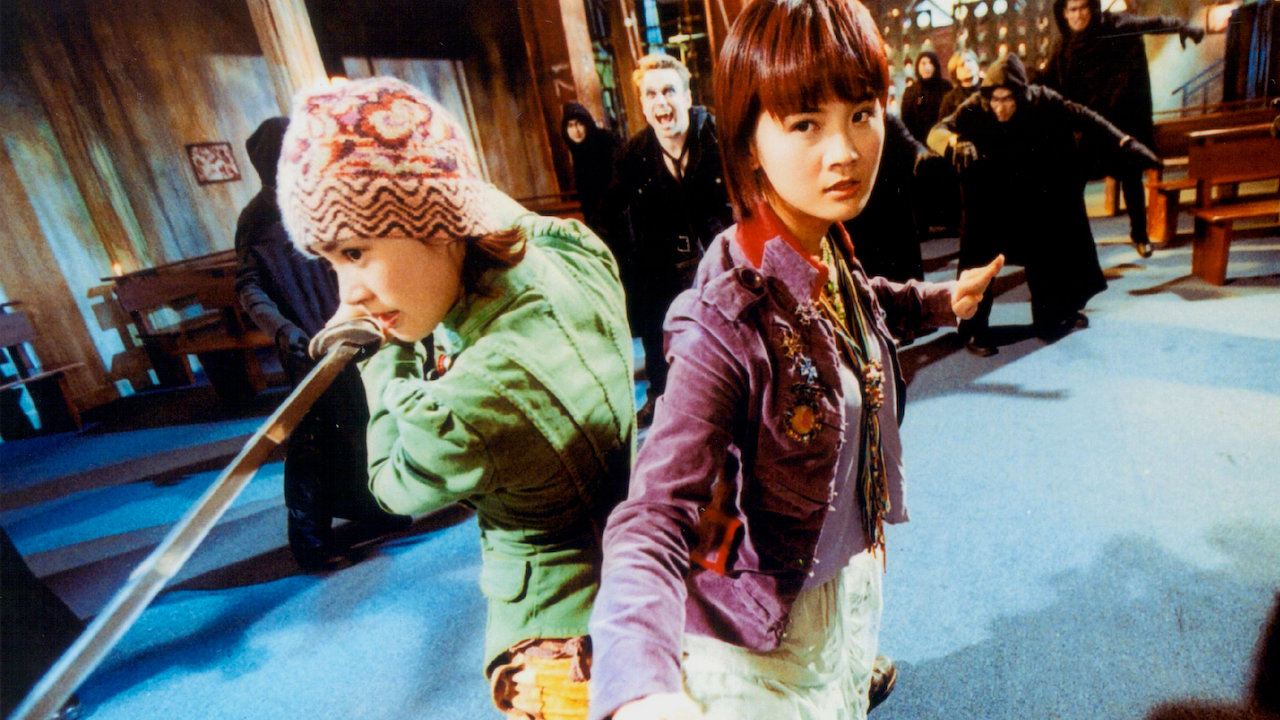 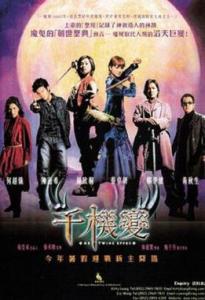 “Remember, we drink blood, we don’t suck blood. We are different.”

If you’re looking for a group that encapsulates what teen-focused, upbeat Cantopop was like in the early 2000s, you’d be hard-pressed to find one that does it better than the two-piece Twins. Formed of Charlene Choi and Gillian Chung (who have a year and a half between them in a blatant act of false advertising), the duo were a pretty big deal around that time – releasing four albums in their first two years and winning dozens of awards and millions of fans. And much like we saw with Crossroads, From Justin to Kelly and Glitter  it was inevitable that a film starring those two would be in the works. 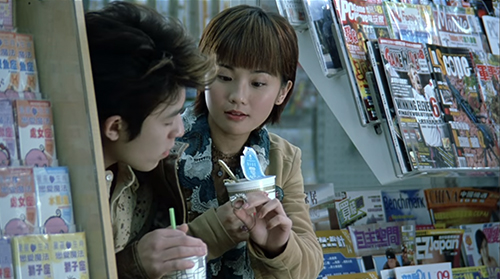 The thing about most – if not all – pop star vehicles is that they tend to be somewhat autobiographical or at the very least features the main characters as singers or versions of themselves. Even the truly tragic Spiceworld featured the Spice Girls as a band. Twins Effect, outside of its title, doesn’t have anything to do with Choi or Chung as Twins, in any sense. Instead the movie is about a vampire hunter named Reeve (Ekin Cheng), who receives a new hunting partner Gypsy (Gillian Chung). Meanwhile, Reeve’s sister Helen (Charlene Choi) meets and falls for European (??) vampire prince Kazaf (Edison Chen), who is hiding out in Hong Kong with his servant Prada (Anthony Wong), after an evil vampire duke kills the rest of Kazaf’s family in order to become all-powerful. 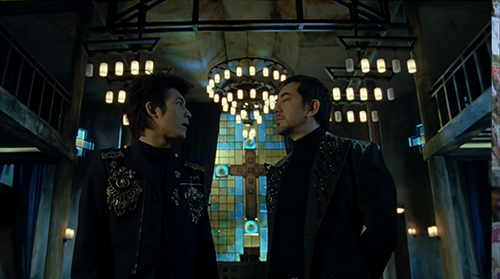 I’ll give kudos to the people involved for not going the predictable route: at no point do Helen and Gypsy have to race to get to their concert on time, so there’s that. However, I would be a lot more supportive of these choices if they weren’t completely insane. The movie isn’t really even about Twins as Ekin Cheng and Edison Chen are the focus of almost every scene. The Twins don’t even work together until the final act; up until that point they’re in completely different plots and whenever they interact it’s with hostility towards one another. 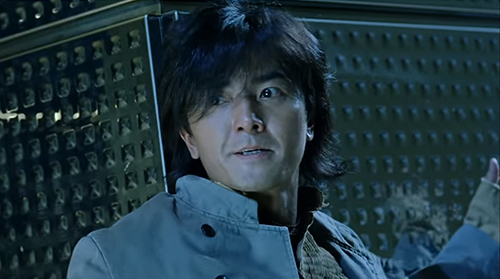 Yeah, one of the strangest aspect of this baffling collection of cinematic choices is that what we have here are two very distinct movies: there’s the one about hunting vampires, and the inevitable drama that happens when family gets involved; and there’s the weird romantic comedy about a girl who dates a vampire, complete with the many silly shenanigans that would inevitably ensue. It’s not that it wouldn’t be impossible to merge them together – they try to squeeze lots of visual comedy into the vampire hunting scenes – but Twins Effect … well, the twin stories don’t gel as well as its two stars do on stage.

This clash of themes, stories, tone and ideas is present in almost every aspect of the movie, and we’re treated to cameos that completely distract from the plot in the form of a wedding between ambulance driver Jackie (Jackie Chan) and perpetually drunk Ivy (Karen Mok). It’s not like their presence isn’t welcome – especially Mok, who is having so much fun – but I’d rather skip that and learn more about the four leads and how they navigate the complex relationships between family, love, and this barely-established organisation that wants Reeve to hunt vampires. I guess it does result in a pretty fun collection of stunts when Jackie fends off a few vampires. 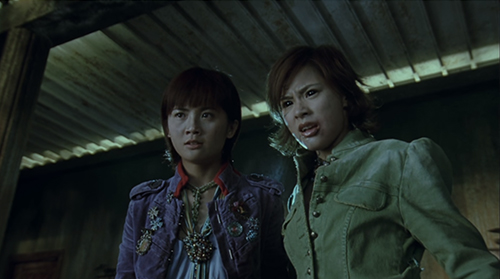 The thing is when it wants to commit to one of its plots, it works pretty well. The chemistry between Chen and Choi is pretty decent, and the vampire slaying/ evil duke story is actually a great deal of fun, for the most part. Watching Kazaf refuse to simply bite down on a human and suck blood (preferring it in bottled form) is a nice touch, and his relationship to his servant and the greater vampire world makes for good worldbuilding. Still all of this might go over your head, as the production values really stand out; It’s nice to see the early 2000s didn’t skip Hong Kong as this has all the hallmarks of the era – awkward slow motion, unnecessary Dutch angles, just the worst fashion and a soundtrack that is fifty percent orchestra and the rest EDM. 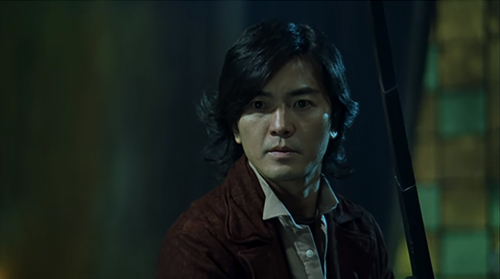 It would be interesting to see what the US edit of the movie – renamed to the equally-stupid Vampire Effect – changed. I’m normally against re-cuts for international audiences but considering the tonal inconsistencies in the original film, an edit wouldn’t necessarily be out of the question. Because it’s not like Twins Effect is a terrible film; it has all the building blocks of a good film. Hell is has the building blocks for two of them. The fights are fun in their own way and I enjoy the characters enough. The film sold very well among Twins fans, and a sequel was produced. Maybe they’ll have ironed out some of the faults and made something better – although something tells me that probably won’t be the case.

Verdict: All over the place in terms of quality and atmosphere, Twins Effect is nevertheless an entertaining watch, for better or worse. 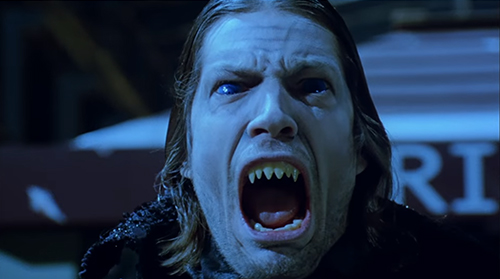