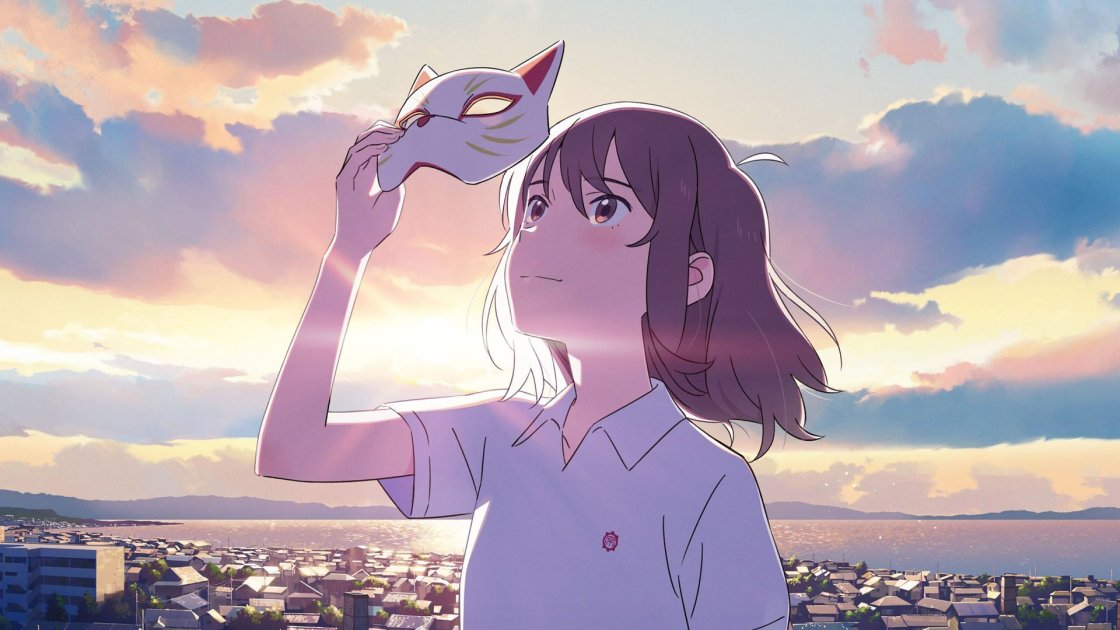 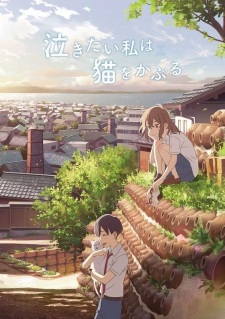 A slow start impedes what is otherwise a fun and inventive family movie.

“I didn’t know you hated cats.”
“It depends on the time, place and cat.”
Not going to lie: I had no idea what this movie was about when I saw it in my Netflix recommendations. I didn’t read the plot synopsis or watch a trailer, which is unusual for me but I saw the title, a cute cat and what appeared to be a love story about two teens – I figured all of that spoke for itself. The art style didn’t look familiar to me, and I didn’t know what to expect from the studio. I’m actually quite glad it turned out different than I expected to be honest – but Makoto Shinkai this is not. 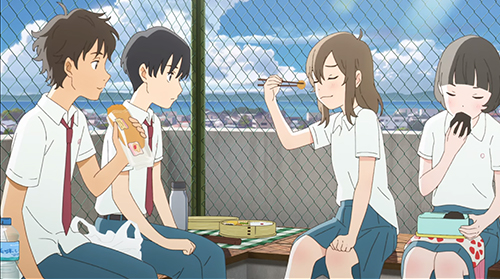 A Whisker Away is about Miyo, a young teenager with an all-encompassing crush on a boy in her class, Hinode. Hinode doesn’t think much of her, and is much more invested in learning pottery with his grandfather. At night Miyo she puts on a Noh-style cat mask, offered to her by a suspiciously anthropomorphic and highly sinister cat, and transforms into a cute white kitten named Taro. As Taro she visits Hinode, and enjoys pets and cuddles from him, as he pours his heart out to what he assumes is just a regular street cat. Within this odd little fantasy-romance is another layer, at least: the idea that this teenage girl feels unloved, not herself and not accepted unless she’s in this cat state. The film never outright mentions this, but it’s a subtle theme that runs throughout. 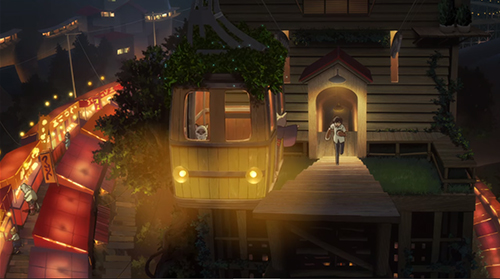 It’s this basic plot that drives the majority of the film forward, but it’s not the only one the film has. And I’m not talking about b-plots or anything like that. Rather, I’m referring to the fact that about halfway through, the story changes completely. No longer is it about Miyo’s (frankly bizarre) trips to get nuzzled by the boy she likes and instead turns into something far more interesting, and the sort of movie I wish it had been from the very beginning. 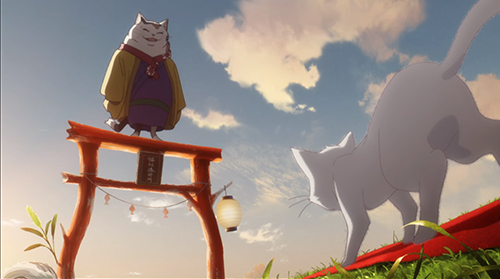 Because once it gets into the details of this cat-mask-transformation world, everything gets a little better. The problem with the first half is that while Miyo is a likeable enough protagonist, her obsession with Hinode starts to come off a little obsessive and creepy. Again, it’s only once the story moves forward that the relationship between the two matures and they get to know each other properly – and so does the audience. It’s quite a curious note that the real-world stakes and bonds only deepen once the story begins to take a turn for the fantastical (well, more so). 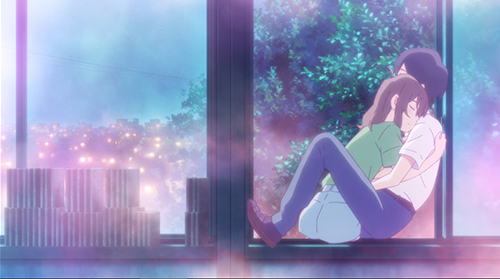 The idea behind the transformation masks lends itself to some fresh ideas, and seeing another cat take Miyo’s face once she believes that she’d never return to her human form is the jolt the story needed, and the plot only gets wilder from there. You’d be forgiven for seeing flashes of Studio Ghibli in here, as in a lot of ways A Whisker Away has many echoes of Spirited Away, The Cat Returns (for obvious reasons) and Whisper of the Heart (Whisker of the Heart? No?) although it does lack the bite and the serious world-building that makes Ghibli so beloved. 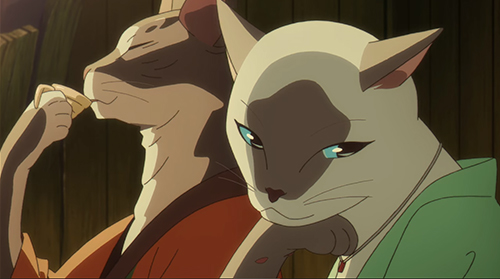 But comparing the two is, frankly, as unfair as it is inevitable. So let’s give Whisker props for giving us a villain which I found more fun than most of the ones from that rival studio. Although he doesn’t get a tonne of screen time (see above), he’s such a joy to watch from his outlandish design, bouncy animation and voice. That’s veteran actor Koichi Yamadera – known for his major parts in Cowboy Bebop, Ninja Scroll and Dragon Ball Super – in the role and he is having a blast playing him. That said, it’s entirely likely that in a film loaded with subpar human characters he just stands out the most, but maybe I’m just being cynical. 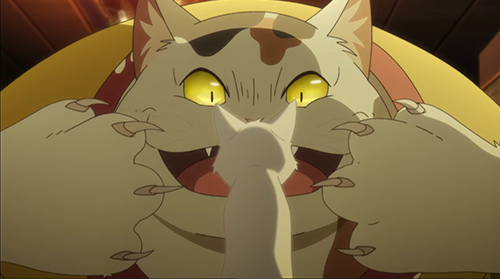 Ultimately, I liked A Whisker Away. By the time the credits rolled I was happy that I hung around long enough to see the story see its full potential. And despite my gripes about the first fifty minutes it keeps itself very watchable until the really good stuff through consistently solid (and often very cute) animation, some all-too-brief moments of deeper meaning to teenage isolation, and some top-notch background art. Sometimes, that sweet cat life is just tempting enough to make you want to stick around.

Verdict: Tonally and structurally all over the place, A Whisker Away’s better moments are definitely worth hanging around for. 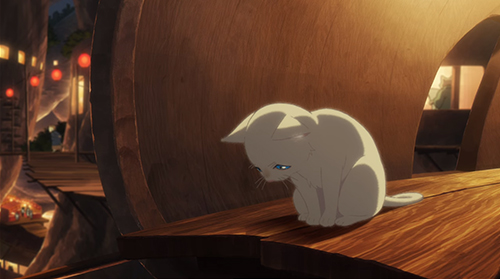 Overall entertainment: 7/10
First half: 5.5/10
Second half: 8/10
Violence: Who throws a shoe? Honestly!
Cat hands: They never explain those, do they
Puns: We could have done without purrfect landing, if I’m honest

A Whisker Away (2020)
Also known as: Nakitai Watashi wa Neko wo Kaburu (泣きたい私は猫をかぶる, lit. “Wanting to Cry, I Pretend to Be a Cat”
Japanese