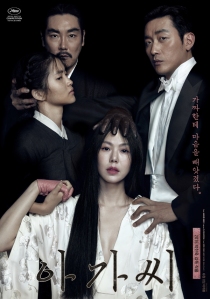 A talented cast and excellent filmmaking come together to offer director Park Chan-wook another feather in his cap.

“She is an orphan. An extremely wealthy orphan. I will make her fall in love with me and we’ll escape to Japan. There, we will get married, and once she receives her inheritance I’ll say that my wife has gone mad and have her locked in an insane asylum. I want Sook-hee to be her maid.”

It’s tough to know what to expect when coming into Park Chan-wook’s latest masterpiece The Handmaiden. The trailers show it off as this unsettling array of weird fetish stuff and human intrigue. The opening few minutes set it up as a straightforward heist film, with a bit of romantic drama thrown in. Neither of these are false, per se, but the film is a lot more than that. Problem is, it’s difficult to say too much without giving anything away.

Set in Japan-occupied Korea, Sook-hee (Kim Tae-ri) is a young con artist working in a band, led by a man going by the false moniker Count Fujiwara (Ha Jung-woo). Sook-hee is hired as the new handmaiden to heiress Lady Hideko (Kim Min-hee) in a plan to convince her to fall in love with the Count. The Count then plans to marry her, send her to an asylum and take the money for himself. Hideko is a shy and quiet woman, quite naïve and is nervous about the concept of marrying either the Count or her exceptionally creepy uncle Kouzuki, who keeps a huge collection of vintage erotica. However, problems arise when Sook-hee begins to fall in love with Hideko and starts to doubt the mission. Torn between her feelings for her mistress and her desire for wealth and to escape, Sook-hee still hesitantly plays along. But in classic Park Chan-wook fashion, things are never quite what they seem, and double-crossing begins to run rampant among the characters.

Oh man, what a heap of fun The Handmaiden is. It draws you in with a great premise, told through excellent characters, and then takes you on a slow-burning romance, followed by some great left turns. Park’s adaptation of the British novel Fingersmith – relocating the action from Victoria England to 30s Korea – is very literary in its execution, giving us what can really only be described as a visual novel. His skill with the camera sets the atmosphere much like a descriptive opening chapter, and his close-ups emphasise dialogue and character relations. Dividing the film into three parts is also a conscious decision to show us the story from different points of view and while some of those feel a bit extraneous, you are definitely reminded of books where each chapter is a first-person perspective from another person’s point of view. 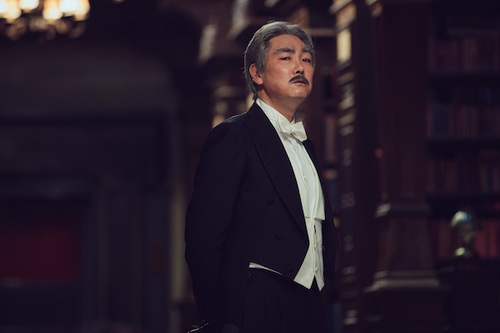 This is definitely one of the more important tools in this film’s repertoire, though. Park Chan-wook has frequently pulled the rug out from under his viewer’s feet, but he is clever enough in his execution that you find yourself forgetting this. It’s set up in a such straightforward manner that you’re a good 45 minutes in before you remember that, with over an hour and a half left, there’s bound to be a lot more to this that meets the eye.  It makes you believe it’s settling down into a straightforward groove, then throws you for a loop. It’s an excellent example of a director being in charge of the way the film is told and the way the audience reads it.

This isn’t to say that Handmaiden isn’t a genuine love story, though. There’s a really beautiful romance building between the two characters that’s the most evident during the first part. Sure it’s a film filled with eroticism (both in-universe and for the viewer) and steamy love scenes but beneath it all is a genuine connection forming between two women whose sexuality is shown as being a strength and a liberator, as opposed to the many men in the film whose raucous lust is often their biggest failing. Sook-hee is shown at first to be headstrong, with a superior knowledge of love and sex, but unfolds around Hideko, who shows her that she’s really just a young girl. It’s a freeing moment for her and allows her character to blossom. Meanwhile, the men are stuck fetishizing money (for the Count) or the Japanese (for the Uncle), and it does them no service. 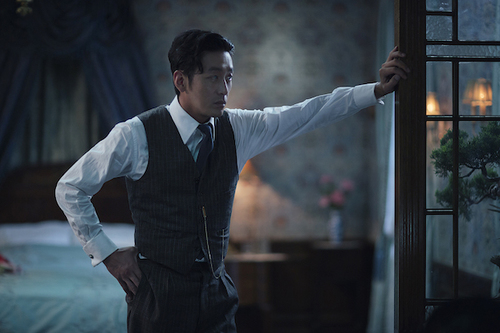 Featuring excellent acting from all sides, especially Kim Tae-ri, who goes for broke and gives it her all in her first feature-length film. Her performance is one of the strongest, and she gives Sook-hee a life of her own by imbuing her with the entire range of human emotion. Kim Min-hee is the most subtle actor in the cast (the men are both basically caricatures compared), and her Lady Hideko is played with an innocence but also a layer of mystery that slowly unfolds as the movie progresses. Together they have excellent chemistry and their relationship is genuinely touching, regardless of how gratuitous you might think the sex is.

Verdict: Featuring strong performances, flowing narrative and the traditional Park Chan-wook touches, The Handmaiden is everything is promises to be, and an excellent time