It’s women versus the men in this fine, if unnecessary sequel.

I’m not entirely sure a film like Men Suddenly in Black needed a sequel. As it was, it was a perfectly fine standalone movie about the dysfunctional relationships between four married couples, and the men’s attempts to have some “fun” behind their wives’ backs. Like I mentioned in my review of the last one, the premise was a risky one, but everything was played for laughs – and it had enough heart and likeable people – so it never really came off as icky or one-sided.

Men Suddenly in Black 2 tries to recapture that essence, but with the roles (sort of) switched around. In this one, it’s Tin (Eric Tsang) and the gang who are trying to find out what their wives up to. Tired of their men constantly cheating, the long-suffering wives (although Teresa Mo and Eric Tsang are the only returning members of the main cast) decide that they’ll take their revenge. Inspired by Ninth Auntie (who plays mother figure to the women the same way Ninth Uncle played father figure to the men last time), they decide to have a go at playing around with other men. Hilarity naturally ensues.

Well, kind of. Almost. Hilarity sometimes ensues. See, right off the bat, there’s something that seems a little bit off about the film. This might have something to do with the fact that it takes quite a long time to really get into gear. There are introductory scenes where it’s established that this cheating-husband game is pretty far reaching, with quite a lot more members than I remember. Then we see all the men and all the women at a barbecue and we spend time listening to both husbands and wives bitch and moan about their significant others, in a jokey way. By the time the story narrows and finds its four sets of protagonist couples, you’re not incredibly invested.

Men Suddenly in Black 2 does lose a lot of the charm that the first movie had. The two sets of leads had great chemistry with one another and felt like longtime friends, but here most of them feel like cheap replacements. The men are fairly entertaining throughout, and they do bounce jokes off each other well, but it seems underwhelming in comparison. On the flip side, the women here are given a lot more to do, so we empathise with them a lot more, especially near the end when they question what they’re doing. 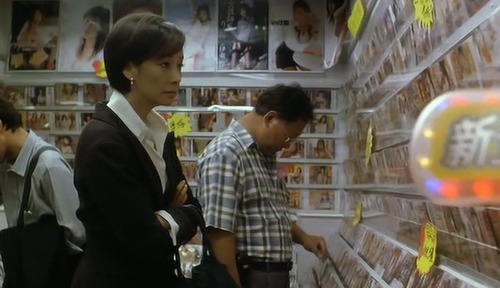 The thing is, while the movie never takes any sides, it also goes to great lengths to show how the wives are suffering while their husbands fool around, but more often than not these moments are immediately dismissed for a dumb joke. It’s like the Simpsons formula: Marge is upset at a dumb thing Homer does. He learns his lesson and everything is resolved … right up until the next episode.  Otherwise there would be no show. But Men 2 isn’t a show, so the idea that they keep going back to the same well seems a bit disingenuous and also makes the husbands look like bigger jerks.

If it sounds like I’m being too harsh on this film, maybe I am. It’s a bit of light-hearted fun and doesn’t take itself too seriously, so why am I? A few of the jokes are pretty good, and the characters for most part are entertaining, if not incredibly engaging. The secondary characters end up doing a fair bit of heavy lifting. It’s a sequel that doesn’t need to be made, but taken into account the fact it has been made, it’s not offensively bad or anything It’s funny, and silly, and decent enough that you don’t feel like you’ve wasted your time. And sometimes that’s enough.

Verdict: Wholly superfluous in its existence, Men Suddenly in Black 2 is exactly what you’d expect from it. 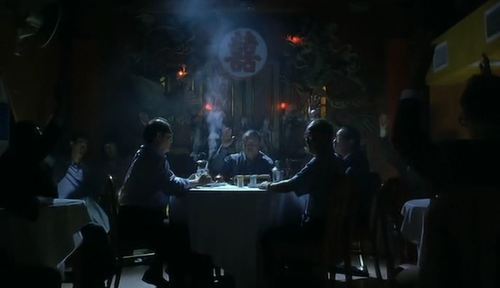