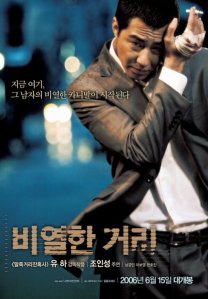 “Don’t make things big. Take care of it at your level.”

I’ve reviewed a few Korean gangster films on this site before – notably the tonally-confused Rough Cut and the experimental but grim Die Bad, but have not yet seen one that I truly liked and would watch again (maybe Kim Jee-Woon’s absolutely wonderful A Bittersweet Life). And I certainly would not have thought I’d find something that was, in essence, the perfect combination of those two films. I’m talking about the 2006 neo-noir crime movie A Dirty Carnival. 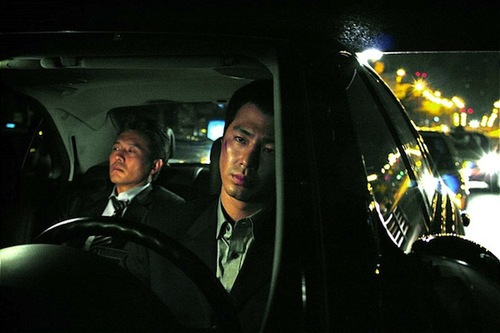 The movie focuses on Kim Byung-doo (Jo In-sung), a small-time mid-level gangster whose family is facing eviction. Not happy with the level of work he’s been given and the money he receives, he decides one day to subvert his direct boss Sang-chul (Yoon Je-moon), and takes a job directly from President Hwang (Chun Ho-jin) in assassinating a particularly annoying attorney who’s been hounding them. Pleased with him, Hwang takes Byung-doo under his wing, even asking him to assassinate Sang-chul. 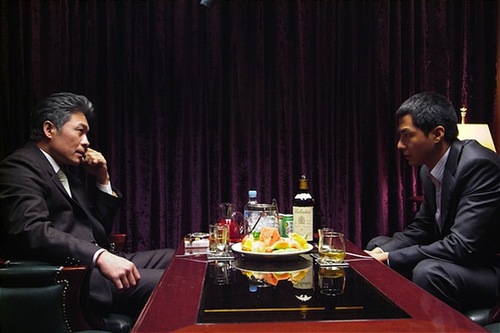 Meanwhile, Byung-doo gets a blast from the past as his old friend and film director Min-ho (Namgung Min) comes to him, asking if he could consult on the gangster film he’s making. Byung-doo agrees and the two rekindle a friendship. Through Min-ho, Byung-doo also comes across an old flame, Hyun-joo (Lee Bo-young), who doesn’t majorly approve of his gangster ways. As Byung-doo’s position in the mob gets better, and the events in his life begin to unravel, he begins to realise that his choices all have lasting, deadly repercussions. 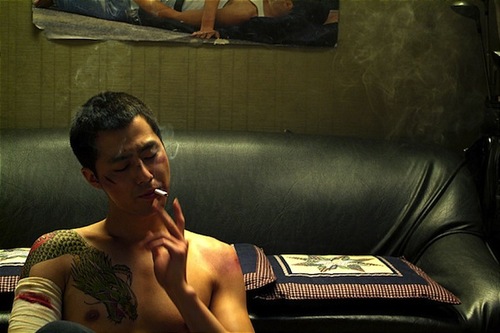 One of this film’s biggest successes is in the way it portrays its characters. A lot of thought has been put into the primary characters and the way screenwriter/director Yoo Ha writes them is extremely human. There aren’t really any bad guys here because we understand where every character is coming from. Byung-doo is especially well-written, and he goes through the entire spectrum of emotions as the movie progresses, from violent, ruthless mob boss to caring family man and friend. The lead cast do great jobs to boot creating realistic, believable characters. 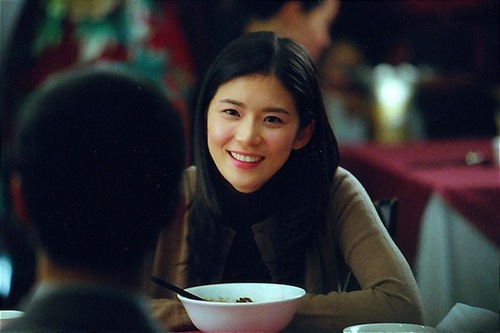 And this is definitely for the better. After all, the movie goes to great lengths to show how much effort Min-ho is putting into making his own crime film realistic, so to have it framed within a movie that contains nothing but caricatures and ridiculous moments would be defeating the point. And that’s not to say that, due to its realistic nature, the film is all dark and moody – far from it. Taking cues from real life, Yoo Ha ensures that moments of levity are scattered throughout. 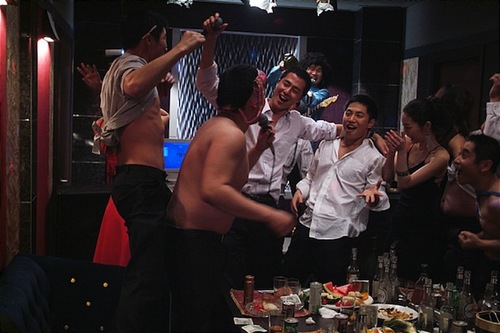 There’s some really solid cinematography at play as well, which is largely responsible for setting the mood of each scene, and the camerawork is by and large fairly slick, though it’s nothing we haven’t seen before. The scenes – which I’ll admit could sometimes be cut down a tad – are well framed and shot and there’s a decent sense of immersion to be had here. The audience is taken deep into Byung-doo’s world, and they can see immediately the allies and the enemies, even if he cannot sometimes. 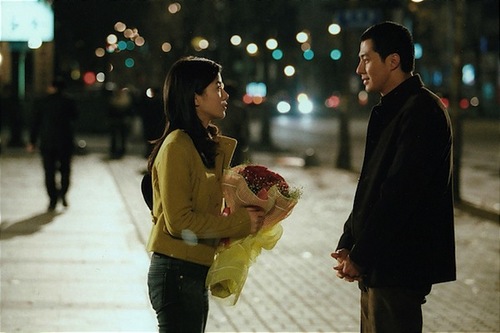 A Dirty Carnival takes some of the gritty realism we’ve seen before in other Korean crime dramas, but throws in some excellent character work and enough lightearted moments to make it a step-up from other, similar movies, and gives us a more well-rounded movie watching experience. Seeing Byung-doo at both his best and worst – both personally and professionally – gives us a deeper insight into his personality, so when he starts to face the reality of his world, or the effects of his actions, it hits that much harder. And in this world of backstabbing and betrayal, that’s really the only outcome.

Verdict: Boasting a good cast and some tight writing, A Dirty Carnival is a tad long, but a very satisfying crime film. 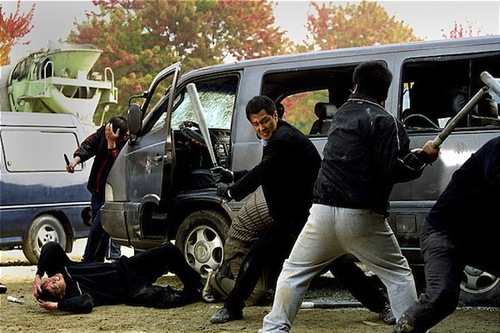