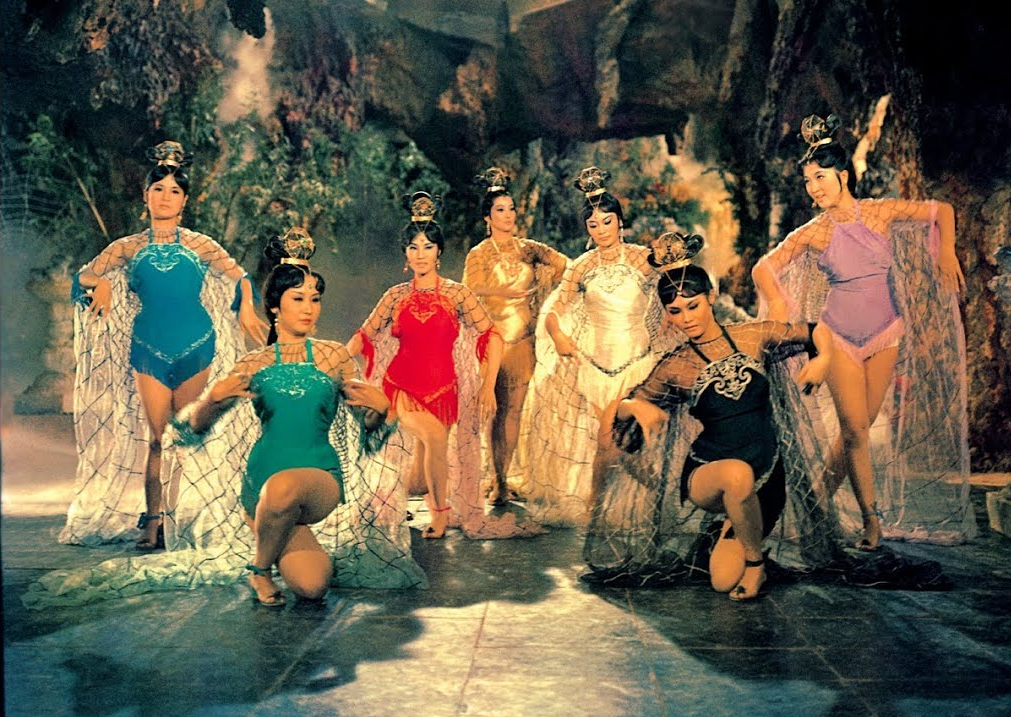 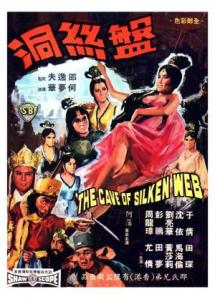 There’s plenty to like in the Shaw Brothers’ simple retelling of a classic.

“I’m a follower of Buddha. I don’t have any human urges anymore. Even if she’s an extremely pretty woman, I’m not moved.”

In recent years, many studios and creatives have done a lot to put their own stamp on Wu Cheng’en’s classic story  Journey to the West, from imagining an origin story to Tang Sangzang in Stephen Chow’s Conquering the Demons, to entirely new Monkey King tales such as the ones seen in Hero is Back and A Chinese Odyssey. So it’s nice, especially when you go through as many of these adaptations as I have, to find a movie that brings it all back to basics.

Based on chapter 73 of the book, The Cave of Silken Web tells of the four travellers – the monk Tang Sangzang (Ho Fan), monkey king Sun Wukong (Chou Lung-chang), pig demon Zhu Bajie (Peng Peng) and sand demo Sha Wujing (Tien Shun) – continuing on their journey westwards, when they happen upon a group of spider demons who want to eat the monk and gain immortality from it. Knowing that they’d likely be beaten by Wukong in combat, they resort to trickery to capture Tang and – naturally – shenanigans ensue.

Cave of Silken Web is easily one of the most straightforward retellings of the novel that I’ve seen since Princess Iron Fan. As one of four movies produced by the Shaw Brothers in the mid 1960s, it’s clearly part of a larger narrative and this actually helps the movie stay focused. It’s not trying to give us a bunch of origin stories, nor is it trying to cram four volumes of lore into an hour and a half. Having spread out its story into six-ish hours, these films can breathe and let themselves be about the journey, and the adventures.

It’s a very grounded movie, which is something of a breath of fresh air considering the direction modern versions of the story have gone. It’s easy for a Journey to the West adaptation to get lost in the story’s fantastical elements. Everyone has magical abilities so the temptation is to go balls-to-the-wall big – like in 2014’s Monkey King – but by keeping things low budget and practical (especially keeping in mind the time period this was made) the story feels more like it’s about believable characters rather about over the top visual effects in service of showcasing Monkey’s ten million abilities.

That is to say that it isn’t without its fair share of zaniness. Cave of Silken Web is chock-full of force cages, invisibility, clones, transformations and countless other displays of magical ability, all done through appropriately timely and often endearingly bad in-camera effects. However, they serve to further the story and never get in the way of it, and this works a lot more like the book. Because of this, the runtime isn’t needlessly bloated and the plot moves along at a snappy pace – that is, when you’re not trying to wrap your head around who’s disguised as who at any given time. How any of these characters can get anything done is beyond me.

Cave of Silken Web isn’t the most inventive version of Wu’s story, not by a long shot, but it manages to represent both its inherently Chinese themes well through choreography and music, as well as its primary characters. The writing and actors understand well the values that they carry, from Tang’s patience and serenity to Wukong’s mischievousness and loyalty. The makeup isn’t excessive, but it does the job and it allows the cast to get in some good performances. This version is, chronologically, right in between the early, simple silent films and the big, bombastic blockbusters of today and somehow that’s exactly what it feels like.

Verdict: A fusion of solid filmmaking and traditional Chinese arts, The Cave of Silken Web is a fun adventure comedy that stays true to the spirit of its source material.

The Cave of Silken Web (1967)
Also known as: 盤絲洞
Mandarin