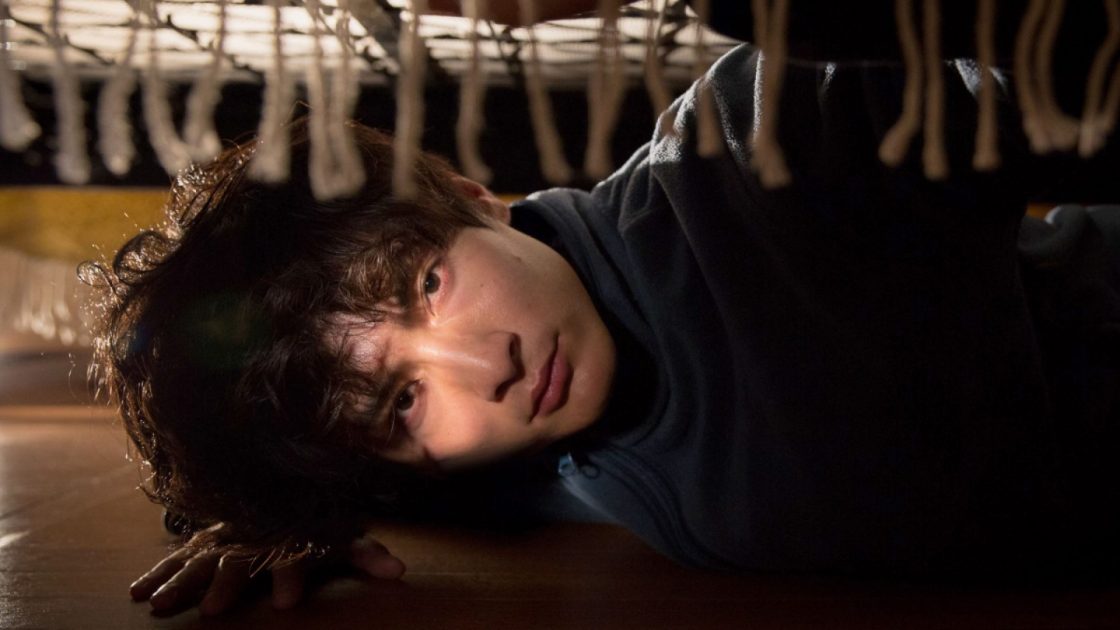 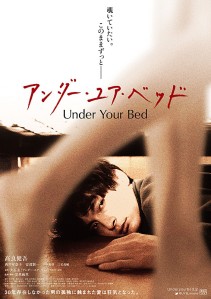 “How long have I been watching?”

Under Your Bed probably isn’t the movie you might expect it to be. It certainly wasn’t the film I thought it was when it was screened as part of LEAFF’s Horror Focus, and as the last film on Halloween of all days. This was a view shared by the director herself who expressed surprise at the inclusion in the strand. Because Under Your Bed is closer to some twisted love story than a terrifying stalker one.

Naoto Mitsui (Kengo Kora) is a young man obsessed with fish and also a girl he once had coffee with, some ten odd years ago. This woman is named Chihiro (Kanako Mishikawa), and after he hires an investigator to track her down, moves to where she lives and rents an apartment where he can watch her home. He initially spends his time observing her through his telescope and sees that she’s in an abusive relationship. He sells her some fish, and then decides that he wants to stalk her from close up. So he breaks into her home and hides under her bed.

Now that’s the sort of synopsis that entirely lends itself to a particular type of movie. I fully expected our main character would be a twisted individual, who spends his time in Chihiro’s house, avoiding detection, ultimately culminating in some sort of horrendous bloodbath, complete with a high body count all wrapped up in a claustrophobic setting. That is isn’t is certainly no fault of the film but of my own expectations, so – for the movie that it was – how does it hold up?

As a character piece and a psychological drama, Under Your Bed works really well. The way the story reveals Mitsui’s memories, piece by piece, showing the truth of the matter as we need to see it is a highly effective storytelling method. Sure, Mitsui is seen in more of a sympathetic light than I would have thought, but the script makes no qualms about portraying him as a broken individual with a warped sense of reality.

This is a character who knows what it’s like to be forgotten by everyone around him, whose invisibility is partially self-imposed but who knows that he’s able to do anything he wants without it being an issue. Because of this, Mitsui has gained a level of confidence that he doesn’t even seem aware of, and this makes him a more nuanced character than I had initially expected. So Under Your Bed might have traded off potential for frights but in exchange became something a little bit different, and a lot more complex.

Kengo Kora and Kanako Nishikawa are both great in their roles. Kenichi Abe, who plays Chihiro’s husband, has far fewer dimensions but this is largely down to the character not really having anything to him other than ‘tremendous douchebag’. In fact, most characters who aren’t the two leads are a bit bland, and are generally quite awful. Really, when you factor in that Mitsui is a big ol’ stalker, Chihiro is the only character who doesn’t actively suck.

So it’s a testament to director Mari Asato that she was able to make Mitsui strangely compelling and watchable. In fact, Under Your Bed should have been a lot more unpleasant than it was. As it is, it’s a largely entertaining and intriguing thriller that does more than play with its base premise. Once you get to the point where the audience questions Mitsui’s memories, things have come together in a much more satisfactory way than I would have initially thought. Is it good? Yeah, and definitely worth catching, but this is more of a bizarre romantic drama: don’t stick it on during the Halloween film marathon.

Verdict: By playing with genre tropes, Under Your Bed is a unique film that’s an uncomfortable watch, but in a good way.

Overall entertainment: 7/10
Sex: 5/10
Violence: 7/10
Sexual violence: Way too much/10
Fish of choice: Guppies all the way
Coffee of choice: Manhelding all the way
Most unrealistic part: That someone could hold onto a lighter for that long without losing it.